Birmingham, AL (AP) – When his oldest daughter was in kindergarten, Billy Ivey started making her lunches every morning. He would put a note in her lunchbox – something as simple as a heart or “Daddy loves you’’ written on a Post-It. Eventually, he started writing notes on a napkin, then tucking it lovingly between the PB&J and the banana in her lunch box.

She’s now a freshman in college, but Billy is still writing daily notes for her four younger siblings, now in 5th, 6th, 8th and 9th grades. Making lunches has always been a responsibility the Birmingham dad took on happily. He says that his wife, Bethany, “does 99 percent of everything else’’ for the family.

“I have been putting notes in kids’ lunches for 14 years,’’ he says. “I don’t remember a time when I didn’t do something silly on a note.’’

His notes are almost always funny (“That’s not rain. The sky is crying because of your math grade.’’), often gross (“Reason to smile (hash)642: Your teacher has farted today.’’), and sometimes thought-provoking (“We ask for miracles every day. But let’s not forget that every day is a miracle.’’).

After working in advertising for 20 years, Billy is now a consultant who’s writing books and entertaining his more than 12,000 Instagram followers with daily posts of the napkins he composes at the kitchen table every morning to brighten his kids’ lunches, and their lives.

His habit of composing notes to his children has become a social media sensation known as “Napkinisms,’’ and he’s become a popular speaker around the Southeast with a talk he calls “Influence, Storytelling, and the Power of a Napkin.’’

After writing messages in all caps with Sharpie markers on Bounty Select-a-Size paper towels every morning, he photographs them on the hardwood floor of the kitchen and shares them on Instagram and Facebook.

“I’ve become pretty disciplined with it,’’ he says. “It really has become a very disciplined effort of love for my kids. It’s important that they see this as a consistent daily act for them.’’

But he doesn’t take his Napkinisms too seriously. In addition to being an act of love, they’re also a fun writing exercise. “I love sitting at the kitchen table and trying to think of something funny,’’ he says.

`TODAY IS GOING TO BE A GREAT DAY’

Billy grew up in Franklin, Tenn., near Nashville, and majored in English at Samford University in Birmingham, where he met his wife. They “moved all over, but wound up back here,’’ he says.

As he writes in a blog post on his Napkinisms website, Billy’s father died 16 days shy of Billy’s 16th birthday. In the 8th grade, Billy had tried out for his school’s basketball team but didn’t make it. His dad taped a note on Billy’s door to cheer him up.

It said, in part, “Today is going to be a great day.’’ It also said, “Attitude is everything. Today is not yet anything. Fill it with laughter.’’

Billy carried the note with him for years, and he says it changed his life. “He wasn’t intending to change my life, just to change my day,’’ he says.

The memory must have been in his mind when he started writing notes to his first child, then eventually to all five kids.

As they grew older, he says, “I was able to get cheekier with them.’’ One day, he wrote one that made him laugh so hard that he took a picture of it and posted it on Instagram, where, at the time, he only had a couple hundred followers: “Every time you smile,’’ it said, “a mean kid gets diarrhea.’’

“People went nuts, sharing it and posting it on Facebook,’’ he says. Suddenly, Billy started getting hundreds of followers, so he posted another one the next day. “It became a game for me,’’ he says.

“The fact is, I wasn’t trying to create a platform or anything official. It just resonated with people. The fact that a loving dad would take a few seconds to make his kids smile was powerful to people.’’

His Napkinisms soon caught the attention of the Chick-fil-A Foundation, which partners with Action Ministries, an Atlanta-based nonprofit that targets poverty, to provide free lunches to children in need. During the summer of 2016, Billy was asked to write inspirational messages for the kids.

The effort paid off, though. A friend of Billy’s from Chick-fil-A told him about finding one little boy crying on the sidewalk because his napkin said, “Somebody who loves you is thinking about you right now.’’ Billy was moved to tears when he heard that. “For that to impact a child I don’t even know,’’ he says. “In that moment, he was touched deeply.’’

Last spring, after he spoke at Children’s of Birmingham, he was approached about providing inspirational Napkinisms messages to the hospital’s patients.

As of this month, he’s creating messages that reach every patient in the hospital every day on their lunch trays, designed to make them smile. One of the first Napkinisms shared with the young patients read: “I bet you can’t say `I am awesome’ 50 times before lunch is over.’’

“It’s one of the coolest things I can imagine,’’ he says. “To provide a word of encouragement is pretty powerful.’’

And Billy is offering a cool opportunity to others provide their own words of encouragement. Anyone interested in writing a message to be shared with patients at Children’s can do so on the “Submit’’ tab on the Napkinisms website.

He’s now writing a book about Napkinisms. He also hopes to create a template for the program and offer it to other hospitals, schools and children’s organizations.

The way his idea has taken off still amazes him. “I can’t brag about it because I had nothing to do with it,’’ he insists. “I don’t take a lot of credit for how it’s taken on a new life. My job is to change someone’s idea or perspective.’’ 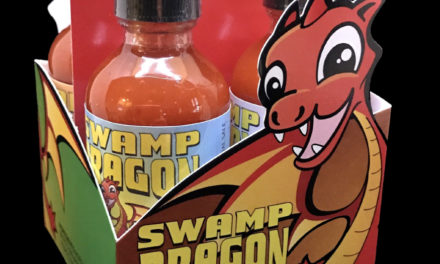 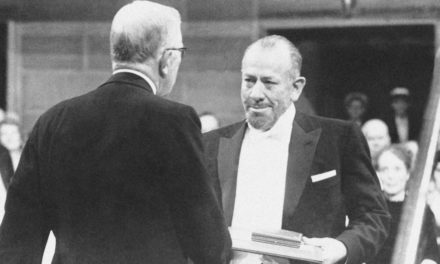