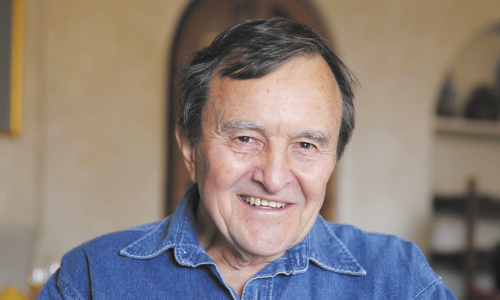 Tucson, AZ (AP) – Acclaimed photographer Dan Budnik, noted for his portraits of artists in New York in the 1960s and documenting the civil rights movement and Native American culture, has died. He was 87. 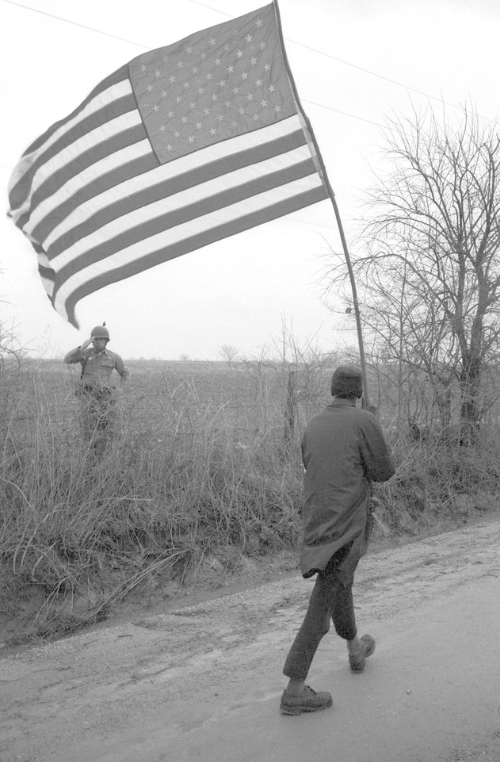 This March 23, 1965 photo provided by the Dan Budnik Estate shows a photograph taken by Dan Budnik of Will Henry ‘Do-Right’ being saluted by a sergeant of the Alabama National Guard during the Selma to Montgomery march in Alabama. (Credit: Dan Budnik)

In 1958, Budnik photographed the Youth March for Integrated Schools and the March on Washington in 1963 as well as every stage of the Selma to Montgomery March in Alabama in 1965.

He was accepted into the prestigious Magnum Photos group in 1957 and photographed atrocities in Cuba the following year. His Cuba photos were published in Life, Sports Illustrated and Vogue magazines.

He also produced portraits of abstract expressionist artists he befriended in New York in the late 1950s and ’60s, including Willem de Kooning and Helen Frankenthaler.

Friendships he built within the Hopi Tribe led him to settle in Arizona in the late 1970s. 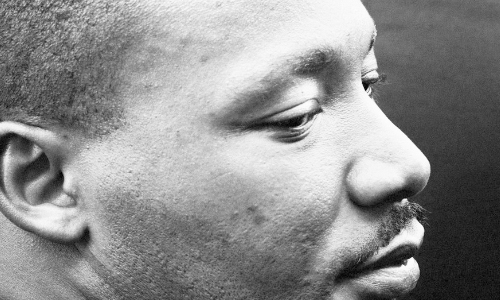 In this August 1963, photo provided by the Dan Budnik Estate and taken by photographer Dan Budnik, Martin Luther King, Jr. is deep in meditation after delivering his speech “I Have a Dream” at the March on Washington. Budnik an acclaimed photographer, noted for his portraits of artists in New York in the 1960s along with the civil rights movement and Native American culture, has died in Arizona at age 87. (Credit: Dan Budnik)

Budnik also befriended famed painter Georgia O’Keeffe and often stayed with her at the Ghost Ranch in Abiquiu, New Mexico. He shot a series of iconic images of O’Keeffe, which were published in People magazine in 1975.

Budnik was awarded the American Society of Media Photographers Honor Award in 1999.

Newton said his uncle “could capture moments” and “cared about the underdog.” Budnik saw things from a unique point of view, his nephew said.

“He had a very good sense of people and how those people were reacting to the times, and he could capture that essence. I think that was one of his greatest skills,” said Newton, a photojournalism professor at the University of Arizona.

Budnik also is survived by son Aaron Budnik, who is a rare-books dealer in London, and grandson Riley Budnik.

Newton said Budnik is scheduled to be buried Wednesday at Camp Navajo west of Flagstaff, where he used to live.