‘Twas the night before Christmas and all through
the burrow,
Nary a mouse was stirring, not even tiny tot, Theo.
The stockings were hung on the wall with great care,
In hopes that St. Snickers would soon
be there.

Three itsy-bitsy mice snuggled warm in
their bed,
While visions of cheese puffs danced in
their heads.
And me in my flannels and striped woolen socks,
Dozed off after securing all window and door locks.

When out in the driveway arouse such a loud clang,
I jumped off the couch knocking my noggin with a bang.
Stumbling to the window utterly dazed and confused,
I pulled back the curtain hoping to catch a clear view.

The streetlight illuminated the inky asphalt below,
Giving the appearance of a black sea all aglow.
When what to my blurry eyes did appear,
A small red sleigh with festive mice all donning gear.

The driver was elfin, yet such a handsome fellow,
I knew in an instant not to call out “Hello!”
As multitudes of mice and hamsters scurried about
He bellowed over the ruckus with a spirited shout

Now, Mini! Now, Mighty! Now, Samson and Dixen!
On, Gator! On, Tater! On, Delilah and Simpson!
To the edge of the driveway, to the garage door go.
Now scurry! Now scamper! Now go, go, GO!

Then as I gazed, in unison the team did obey.
Prancing and dancing they carried the small sleigh.
Stepping out on the stoop I shivered…winter was nigh,
Smiling as St. Snickers sprang down from his perch so high.
Dressed in red flannel from his massive ears to his tail,
Under his hat a shock of silky black hair, in the wind did sail.
A huge velveteen sack he carried high on his back,
Brimming with tasty tidbits and cheesy cheddar snacks.

His eyes, small and beady, gave hint of a knowing
As his whiskers twitched, then again…it started snowing!
He grinned from ear to ear a grand toothy white smile,
His long, lively tail dancing in the air all the while.

His belly was a tad plump and jiggled a bit,
Yet he maneuvered around seemingly quite fit.
His ears perked up as I took a step forward,
Freezing in my tracks, I dared not move onward.

Yet, he chuckled a bit like a jolly good fellow,
I laughed out loud, relieved he was so mellow.
Then a wink of his eye and a sideways glance,
Looking straight at me, I held a rigid stance.

Ducking his head, through the mouse door he went,
To fill stockings, I mused, how his time would be spent.
In a flash he returned laying a green mitten upon his face,
Giving a quick nod, his miniature team gathered in place.

Pouncing back in to his shiny red sleigh he squeaked,
And away went the darting of itsy-bitsy clawed feet.
But I heard him exclaim as they dashed out of sight,
“Merry Christmas to all, and to all mice good-night!” 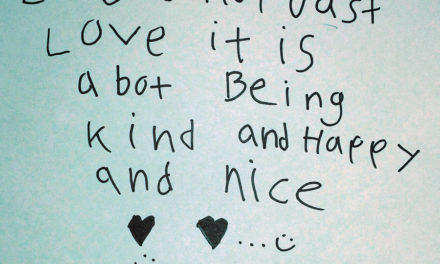