Alex Rodriguez’s controversial major league baseball career came to a close last Friday. And it was quite anti-climatic.
I know most will say that the legacy of Rodriguez is that he cheated and that he lied. That is a given. I think another part of his legacy, and somewhat of a shame, is that after 22 years in the big leagues, he ended up being a player without a home. It seems like he is and was an outsider on all the teams he played for. One of the greatest baseball careers in recent years is over and it went out quietly on a rainy Friday night, in August no less.

It is obvious his last team, the New York Yankees, did not want him around anymore. The Yankees are not a playoff team so there was not going to be any meaningful September or October baseball games. No chance of A-Rod going out in a blaze of glory. It was like the Yankees said that he was not a true Yankee so they let him go early.

Rodriguez seemed like he was an outsider over the past decade or so. He was unlikable long before he begged his way out of Texas and showed up in the New York. As the highest-paid player in history, he was the biggest target. Whenever the Yankees failed, blame was usually cast A-Rod’s way.

There are numerous examples of this. He was branded a choker in his MVP 2005 season after a lackluster divisional series against the Angels. A year later, Torre embarrassingly dropped him to eighth in the lineup in the deciding game against Detroit. He posted one of the great seasons in team history in 2007 en route to another MVP award, but another early playoff exit nullified the accomplishment.

Rodriguez did come through in 2009. He basically carried the Yankees to their 27th title. But two years later, the Yankees were back to getting bounced out of the ALDS and the tides once again began to turn. In 2012 he was getting pinch-hit for late in playoff games and some doubted that he’d ever play for the team again.

Since 2012, A-Rod has not helped much to help him gain fans. He remained unlikable and has a national reputation of being phony and dishonest. And that was before the PED use came to light. As time went on, it became clear that the disdain for him went beyond just the crowd and entered the Yankees organization. Former manager Joe Torre, in his book referred to him as ‘A-Fraud.’ Ownership began searching for ways to find loopholes in his contract due to his suspension for using PED’s. When Rodriguez made threats to sue the team, even his most avid fans in New York turned against him.

There have been many memorable send-offs in New York Yankee history. Recently, Derek Jeter and Mariano Rivera were given year long fanfare send-offs in their final seasons. Even Andy Pettitte was celebrated despite his own past transgressions. There was not any fanfare when A-Rod last saw action on the diamond. There was not a retirement tour, no gifts from opposing teams, no ovations from fans of the came across the country. I doubt that any franchise he played for will retire his number. His face definitely not be on a plaque in the Yankees’ Monument Park.
A man without a team.

NFL Commissioner Roger Goodell had a chance to score some public relations points last week. Most think he needs all the positive PR he can get. But the least popular commissioner out there made another PR blunder.

Just in case you missed it, the Dallas Cowboys requested the opportunity to wear a decal on the back of their helmets honoring the officers tragically slain in the ambush in Dallas.  Well Roger did not think that was an acceptable idea.  As reported by FOX Sports, the NFL denied the request.  Goodell and company went further than that, as they extended the denial into the preseason games.

Personally, I find it somewhat of an embarrassment that the most popular game in the USA chose not to honor American heroes.

While waiting for my deadline date for this column, I kept checking to see if Goodell would make a statement over some Los Angeles Rams players who ran out of the tunnel giving the “Black Lives Matter” salute.  Not a word. His actions seem to be saying that it is okay to protest law enforcement, but not okay to honor them. 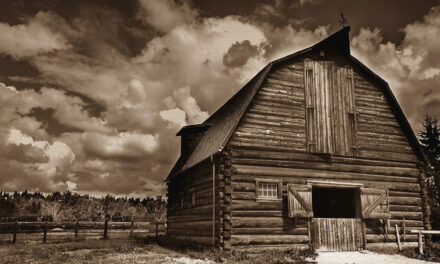