Jupiter, FL (AP) – A massive gator weighing over 700 pounds and measuring nearly 12-feet long has been caught in South Florida.

A spokeswoman for Jupiter Police says a trapper caught the unusually large gator near an office park Thursday after a business owner reported it. The reptile weighed nearly 750 pounds and is being taken to a gator farm in central Florida.

The department posted pictures of officers wrangling the gator. Alligators are especially active in South Florida during warm weather. Their mating season runs from April through June. 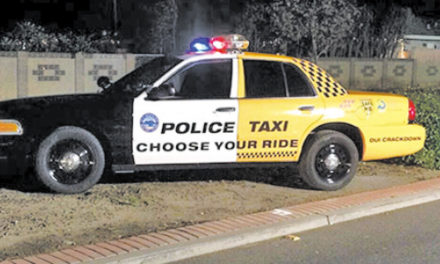 Alaska Inmate Escapes, Then Comes Back To Free Others

No Quite ‘The Birds’ But Geese Causing Problems For School