Designed to highlight the achievements of local musicians, the series has presented more than 200 performers since 1998. This showcase will feature soloists, duets, bands, and members of Caldwell County’s Junior Appalachian Musicians program.

Strictly Clean and Decent, consisting of Kay and Patrick Crouch and Ron Shuffler, will return as host band as they have each year since 1998. The Crouches recently won the L.A. Dysart Man and Woman of the Year awards, presented by the Caldwell Chamber of Commerce, largely for their work in promoting traditional music and musicians of the area. According to Patrick Crouch, “the title of the showcase in 2001 was It Must Be Something in the Water, the only explanation for why there are so many great musicians in Caldwell County.” The title of this year’s showcase, Still Something in the Water, pays homage to the 2001 showcase and will feature performers from throughout the history of the showcase as well as several musicians new to the series.

Roger Hicks and Lyndy Johnson will return after having performed on the 2001 showcase. Both are finger-style guitarists who play a mix of Piedmont Blues and Tin Pan Alley, musical styles popular in the early years of the 20th century.

Making his first showcase appearance is Conrad Boudreau who will be joined by Donna Minton, a popular performer who participated in the 1998, 2001, and 2007 showcases. Both Boudreau and Minton have worked with young musicians, encouraging them to carry on the folk traditions of the area.

Charlie Carpenter, who performed in 2005, will be joined by Todd McCloud making his first showcase appearance. They have been highly visible in the local music scene for many years, both individually and with other bands.

Well-known in the furniture industry but not as performers, Anne and Alex Bernhardt will make a rare musical performance. Both play several instruments and they have long been supporters of traditional music and dance through their involvement with the Happy Valley Fiddlers Convention and the Caldwell Junior Appalachian Musicians program. The Bernhardts will play Cajun music for their first showcase appearance.

Red Rocking Chair, a band playing “Bluegrass Plus,” has been together more than 12 years. Although Patrick Crouch is the only Caldwell County native in the group, other members have a long musical association with the area. Jack Lawrence performed with the New Deal String Band, Bluegrass Alliance, and most notably with the legendary Doc Watson for 23 years. Tom Kuhn, a native of Catawba County, performed throughout the Unifour in the 1980s with Long Time Gone. Dale Meyer, a native of Burke County, is known throughout the region as a multi-instrumentalist who has collaborated with many Caldwell County musicians.

Rooted is a fresh acoustic band that plays Americana and roots music as well as originals in an acoustic setting. Violinist/vocalist Sarah Seymour performed on the 2010 showcase as part of Sweetbriar Jam. Other band members making their first showcase appearance are Jimmy Atkins on guitar and vocals, Drew Gray on resonator guitar, mandolinist Seath Gray, Katie Chapman on bass, and percussionist Morgan Smith.

Also performing at this year’s showcase will be Blackberry Jam. Blackberry Jam is a band formed by members of the Caldwell Junior Appalachian Musicians. The JAM program provides opportunities for children to learn to play and dance to traditional old time and bluegrass music.

Nancy Posey will return for her third turn as emcee. She is a mandolinist and songwriter and, as a poet, her writing is informed by traditional music and musicians.

A Local Food Buffet dinner prepared by the JEBCC Catering Group will be available prior to the show at 6 p.m. Cost for the meal is $15 per person.

For more information, or for tickets visit www.broyhillcenter.com or call the Civic Center Box Office at 828-726-2407. 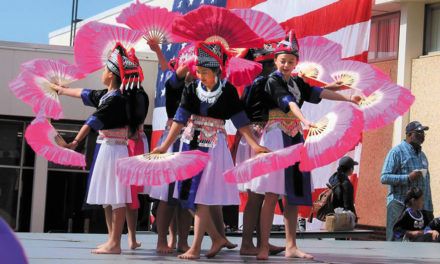