Fairmont, WV (AP) – Seeing the old-fashioned architecture and period-accurate technology, clothing and settlers going about their days at Pricketts Fort feels like a step back in time.

But a weekend in October actually brings visitors forward in time a few months into a somewhat colder, snowier and jollier season.

Pricketts Fort celebrated its Christmas in October weekend Oct. 13-15, when visitors came to not only buy gifts, but also to learn about history.

“We have the whole place decorated to the time period,’’ said Greg Bray, director of Pricketts Fort. This allows visitors and opportunity to see what Christmas celebrations in the past would have looked like.

The history within in the walls of Pricketts Fort resonates with stories dating back to the time in which the real fort was first built. Originally constructed in the 1770s, the fort served as a fortified safe-space from Native Americans for settlers in colonial times, used by the Prickett family. The fort was restored through reconstruction in 1975 and is now a certified West Virginian state park, dedicated to Jacob Prickett, of the family who created the fort.

The mission of the restored fort is to educate the people of West Virginia about what life was like in a time that the fort was active. The history and the spirit of the old fort is conveyed through period-accurate costumes, props and interpreters inside who stay inside the fort throughout the day, and go about business as if it were still active.

One aspect of the time period that the folks at the fort have adapted to modern times is the celebration of Christmas. In the past, Pricketts Fort has hosted a Christmas market in its visitor center during the actual winter month of December. However, this market was moved into October a few years ago for reasons that would make sense even to the original settlers; the inclement December weather.

With the exception of the more mild weather, the fort’s market resembles Christmas in many ways, complete with vendors selling handcrafted items made through methods such as woodcarving. But in reality, the all-out decoration and celebration of the Christmas season the current fort provides portrays a stark contrast to the Christmas past, which was anything but a celebration.

Bray explained that as time went on and the Pricketts adjusted to life in the fort over the years, the festivities may have grown slightly with the kids possibly getting candy as a present and decorations including some flowers. During a time of war Christmas was also seldom mentioned.

“During the Revolutionary War, you hear the troops talk about Christmas, maybe have a drink to celebrate. They just didn’t do a lot,’’ Bray said.

The interpreters explained some parts of winter living as well, as they re-enacted some daily tasks of the time such as cooking.

They also explained some history while they were at it explaining how colonists stayed warm.

Spencer explained that using the knitting wheel to craft clothing out of sheep’s wool was commonplace in American history which families used to keep kids warm in winter.

One of the spinning wheels kept in the fort is an antique piece, which was donated to the park. Although the interpreters don’t know what time period the wheel is from, they can see its age from the rough texture it developed.

Keeping warm was top priority then, so the fireplace in the home was left burning almost permanently in the winter. But in addition to keeping the home warm in the winter, the fireplace was also used largely for cooking, in a method known as hearth cooking. Spencer demonstrated this as well.

“Hearth cooking is cooking over a fireplace. They had to keep the fire going all winter so they would also cook their meals over it,’’ Spencer said.

Another interpreter, Bob Smith, elaborated on hearth cooking while using the method to cook cornmeal.

“They would keep corn and beans ready for the winter and they would have them to keep all winter,’’ Smith said. “There were 16 people in a family and you had to produce enough for the whole family.’’

Bray himself has attempted to recreate the living experience of the Pricketts.

“I’ve been here in the middle of winter, stayed overnight, and the water froze on the hearth it was so cold. That’s how cold it was, I can just imagine those people were very cold most of the time. They dressed warm like we do, they had winter coats, things like that but they must have been cold. They lived right in front of the fireplace.’’

Using the fireplace to cook was the most efficient method, and with more than 20 mouths to feed, it was necessary to keep a steady supply of food cooking and stocked.

The absence of an 18th century Christmas doesn’t hinder Bray and the rest of the staff at Pricketts Fort, however. Bray said it takes them a few days after the week of Thanksgiving to get candles, wreaths and holly strung all around the fort and visitor’s center for December. And although the original settlers of the home didn’t really have the chance, Bray and the staff do the best they can to bring out the fort’s full Christmas potential.

“There’s a lot of time and energy going into the fort’s Christmas now,’’ Bray said.

Images: (top) A tour guide in October at the Fort; (bottom) Fort Pricketts 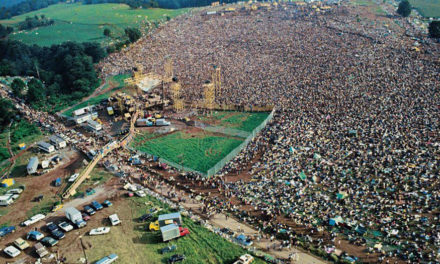