WRITER’S NOTE: It is this column’s intentions to cater to any and all readers who may traverse these hallowed pages. And at times to specifically gear it toward those to which the basic concept of said article is directed. So in consideration of this article’s target audiences’ short attention span, we will attempt to present this week’s column in a rapid-fire Facebook/ social media friendly format.

“If a tree falls in a forest and no one is around to hear it, does it make a sound?” is a philosophical thought experiment that raises questions regarding observation and knowledge of reality. #inspiringdeepthought

“If something happens, and nobody takes a selfie, did it actually happen?” is an all too true observation of our societies’ pathetic obsession with social media. #sadmodernreality

Social- adjective; so·cial \so-shel\: relating to or involving activities in which people spend time talking to each other or doing enjoyable things with each other. Media-noun; me·di·a \mee dee ah: the main means of mass communication (especially television, radio, newspapers, and the Internet) regarded collectively. #dictionary.

There is nothing “social” about social media! 2 Likes / 😀 (One jackass laughing because he didn’t read it, but thinks everything posted is meant to be funny. #dumba**).

We exist in a society of attention whores. Sorry to tell you, we don’t need an updated selfie of you every 15 minutes MAKING THAT STUPID “DUCK FACE”! #thanksforthatkimkardashian. You look like you’re trying to kiss an invisible bug or eat it or suck the life out of the world. Not only that, you look the same! It’s the same picture over and over and over again. #selfobsessed

If you take a picture of anything else, your kids, your pets, an event, you take it as a selfie so everyone can see that you’re there too. In the foreground, blocking half of whatever you’re supposed to be posting a picture of. Damn it we know you’re there. You had to be to take the picture. You just gotta see you, doncha? #narcissism

You have to be in that picture, that way if you get any “likes” you can boost your sad little ego by pretending it’s all about liking you…incidentally I don’t like you at all. 5 Likes (from people who just “like” everything without reading it) and a 🙁

And what happens if you don’t like that you’ve not gotten enough “likes” on something you like…like yourself? Well now it’s time to post some self-destructive negativity to get your own online pity party started. #likepathetic

“I guess I don’t have any friends :(.” “I‘m unattractive!” “I feel like a background actor in a B-movie!” “I‘m like furniture…just there.” “I hate everybody!” “I’m just done with this!” or some other random, open ended statement. That’s sure to get comments or maybe a “like” or two, because that’s what it’s all about. Having people acknowledge you so you can feel justified in your own existence. imfurniture?

17 Likes/one offer for sex and a :-O lol that’s a “wow” face and has nothing to do with the sex offer.

Good, I exist because the internet and strangers told me so. Now it’s time for some inspirational, motivational statements and humorous memes. These are my own thoughts and express my true feelings. But rather than write them myself, I had to scour the rest of Facebook to copy and paste them from other people’s pages, who in turn copied them from others, who copied them from others… #infinitelackoforiginality

We would be loath not to mention the latest in social media’s attention grabbing schemes. #almostforgot. This would be the videos that have been popping up like wild fire. Of young adults (mostly millennials) filming themselves (while in a vehicle for some reason) making a profound statement about some current state of affairs in such a way to appease older viewers. In an attempt make them think that the younger generation has finally overcome their self-obsessed ways and is stepping up to the plate and ready to contribute to society. #bulls*** Really now? So if it’s not all about you, then why is the dash mounted camera on you the entire time? Why, after making said statements, are you not acting on them? Are you too lazy to stand and address your audience? Sorry folks, but it’s all crap and just a way to get more views by appealing to a broader untapped audience. 4 Likes and a “meanie face” cuz we’ve got them figured out.

Social media, as a whole, has become nothing more than an ego trip to sate our self-obsessed look-at-me society. Regardless of what you say or do to yourself, whether you believe in what you’re doing or not, what matters is that others see it and like it. #doesanyoneelsenotseehowdesperatlypatheticthisis? 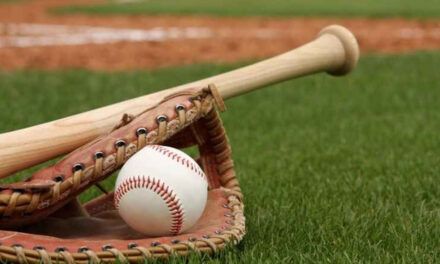