Newton – As part of a six-month, county-wide celebration of women’s suffrage, local residents are invited to a 100th Anniversary Suffragist Tea that will commemorate the ratification of the 19th Amendment in 1920. 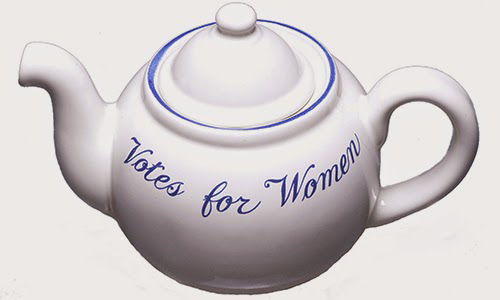 The Suffragist Tea is being coordinated by the League of Women Voters (who also celebrate their 100th anniversary in 2020), Catawba County Library, Hickory Public Library, the Hickory Museum of Art, the Historical Association of Catawba County, and Catawba Valley Community College. Support has also been provided by a grant from the United Arts Council of Catawba County.

The Suffragist Tea kicks off a variety of upcoming events and activities that will honor women’s right to vote in Catawba County. The 100th anniversary milestone will be marked by sharing the rich history of past efforts and exploring concepts of equal rights, fairness, and democracy.

A cornerstone of the celebration will be eight history panels highlighting prominent dates and figures in the women’s suffrage movement. Students from CVCC have worked with history professor Richard Eller and the Historical Association of Catawba County to research national and local history related to women’s suffrage, and a team of graphics arts students has laid out the information on eight panels that will lift history out of textbooks and connect it to local communities. The panels will travel to public schools, libraries, and civic buildings beginning in February, before they arrive at the Hickory Museum of Art, where they will remain as part of the museum’s Suffrage exhibit (opening August 22 and running through January 24, 2021).

Starting in the spring, residents will be encouraged to participate in two historical reenactments of suffrage marches by dressing in white (as the original suffragists did) and in early 20th-century period costume if they wish. People can also carry handmade protest items, including picket signs, “Votes for Women” sashes, and “Let Women Vote” buttons. Several craft programs at libraries across the county will be available for people to come together and make these crafts.

The first reenactment will take place at the 1924 Courthouse in downtown Newton on Saturday, April 4. It will also feature a screening of a 2004 Hollywood film that dramatizes 1910s suffrage issues.

A second historical reenactment will begin at the downtown Hickory Farmers Market and march to the SALT Block on Saturday, August 22, commemorating the date of the 19th Amendment’s ratification. This event will coincide with the grand opening of an art exhibit at the Hickory Museum of Art focused on suffrage.

Local libraries will offer a wealth of programs to enhance the anniversary celebration. Residents can expect something for all ages, including storytimes, craft sessions, book discussions, voting exercises, mock debates, history presentations, and film screenings. Special programs will also look at how the national women’s suffrage movement impacted Catawba County, as well as African-Americans’ efforts to secure the right to vote. 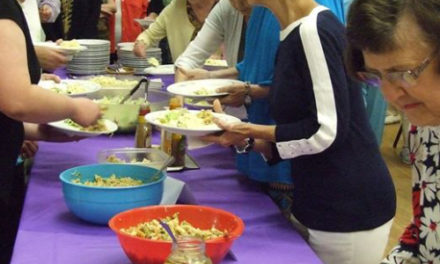