By Tiana Kennell, The Shreveport Times

Shreveport, LA (AP) – Robert Cornett and Jeanna Bradley thirst for knowledge about the Caddo American Indians who once inhabited the land along the Red River.

The Hosston residents often research the tribe’s history and search for remnants of arrowheads and pottery on the land, in northern Caddo Parish. However, as they set out to peruse the river banks for more tokens from the past, they didn’t expect to find one that would make themselves a part of history.

On June 7, the couple found a canoe on the river bank in Belcher believed to have been carved from a tree by members of the Caddo tribe more than 900 years ago.

“We were riding the river, just looking at the banks to see if we could see anything,’’ Cornett said. “We found some pottery and little pieces of arrowhead and grindstone. (We) rode on down the river and coming back seen a log sticking out – it looked funny on the end. We kind of had an idea of what it was and went to digging and that’s what it was.’’

The next day, they alerted state officials of their findings. Then began preparation to excavate the canoe and begin further research and preservation of the artifact.

The Caddos’ canoe may have journeyed across many miles to arrive on the sandy banks and into the hands of the couple. And it has many more miles to go before finding its new permanent home – a journey that begins with tracking its origin through time.

A team gathered at the site to begin the excavation. Once seen in its entirety, a few details were determined about the canoe before sending it off to a safer location.

“It looks very similar to one that was found in 1983 that is now on exhibit at the Louisiana State Exhibit Museum and that one dated to about 800-1100, so this could be 900 years old or more,’’ said Jeffery Girard, a retired archaeologist called out to the site.

The canoe was carved out of a tree trunk, believed to have been a Cypress, but further research will confirm the origin.

It’s dimensions are 10.3 meters long (or about 33.5 feet), less than 2.5 feet wide and 2.5 feet deep, according to state archaeologist Chip McGimsey.

Currently, its weight is unknown, but it took heavy machinery, manpower and engineering prowess to carefully lift and pull the massive canoe out of the bank and onto a trailer for transport to its next destination.

“It’s important because it’s unique. It may be the largest prehistoric watercraft found anywhere in North America,’’ McGimsey said. “It’s very large, and you don’t find these preserved very often. … Anything with wood usually deteriorates.’’

The canoe is in “incredible condition,’’ Girard said, and a bit larger than the canoe found in the area 34 years ago.
“We’re going to ship it to Texas A&M University where it will be conserved,’’ Girard said. “They’ll remove the moisture from the wood and replace it with polyethylene glycol that will retain the cell structure of the wood so it doesn’t deteriorate over time.’’

The university has a lab skilled in the restoration of historic artifacts, he said.

Because of its massive capacity and weight, McGimsey said, the canoe probably was built near the river to avoid having to be lifted.

“You can look at a dug-out canoe and know instantly what it is and what it was like to ride in it, to work in it, to go fishing in it and do your business,’’ McGimsey said. “A lot of these things were probably used for traders going up and down the river carrying goods from one town to another.’’

How the canoe lay undiscovered for nearly a millennia is a myster. But Girard has a theory.

“It was sitting in very loose sand and we suspect that it probably washed in here, maybe in last spring’s floods that did so much to the river,’’ he said. “It may be that recent that it came here. It may have been lodged somewhere upstream and got loose and washed in here.’’

It’s not the first artifact to be found in the area. A large archaeology site was discovered about eight miles away, which is believed to have been occupied by Caddos around 1100 A.D. The canoe may have be a part of the site, Girard said.

A team of archaeologists will return to the site next winter once crops have been cleared to determine if an American Indian camp or village is in the area.

In 1983, Vivian resident John Paul Hobbs discovered a smaller canoe about two miles south of the latest discovery site. He remembers the day vividly and it’s still a proud point of his life.

“I was fishing and when I found it sticking out of the riverbank. It was quite the find,’’ Hobbs said.

The canoe he found was donated to the Louisiana State Exhibit Museum, where it’s currently on display.

When he found out about the latest discovery, he felt the excitement wash over him all over again and made sure he was at the excavation site to witness the moment.

“It’s just amazing that they found another one and I’m really proud of them,’’ Hobbs said.

Bradley and Cornett’s wish was for it to be donated to a museum.

“When we found it we were excited because we found a part of history and we wanted to make sure everybody got to see it,’’ Cornett said.

After speaking with the landowners –  who held rights to the artifacts –  the couple found out it would be donated to the state for safe keeping.

“We want to be able to take our kids and our grandkids there to show them off and other people around the state can come to see it,’’ Bradley said.

It could take more than a year or two before the canoe is ready for public display. But once the restoration is complete, the canoe will return to Shreveport-Bossier City, said Girard. It’s not yet decided where it will be displayed, but the Red River National Wildlife Refuge and the Louisiana State Exhibit Museum are a couple of options.

It’s been a long journey for the wood, and its voyage now continues to the next stage.

“Finding one is very rare, especially one of this size,’’ McGimsey said. “But its ability to tell a story about the past is really unparalleled because they represent something the average person can see and understand and really reach out and touch the past.’’

The canoe is over 33 feet long

Images: Jenna Bradley & Robert Cornett found the canoe; The canoe will be shipped to Texas A & M for preservation 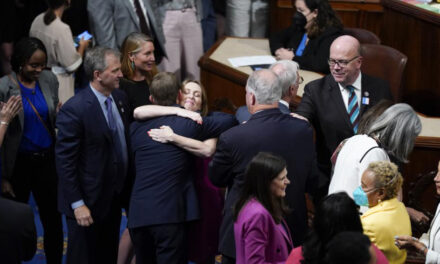 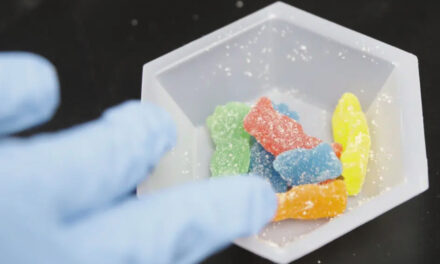