Home » Columnists » Sid On Sports » What Should The Commish Do?

Major League Baseball Commissioner Rob Manfred has a monumental decision to make in the near future. A decision that he has stated will be made prior to the 2020 season.

His decision centers on what to do with the 2019 World Series Champion Houston Astros if the franchise used electronic measures to steal opposing signs between their opponent’s pitchers and catchers.

In case you have missed it, this is what the Astros have been accused of and it appears there is some credence to the accusations. Houston has been accused of using video equipment to steal the signs. The sign then gets messaged to the dugout and provided to the hitter by certain noises made in the dugout (i.e. hitting a barrel, calling out a certain name or number). Obviously, this gives hitters a huge advantage if they know what pitch is coming.

I have watched a video on YouTube where you can hear the barrel being hit and I was able to specify what pitch was coming. Multiple former Astros players are coming out and confirming that this was common practice at home games. This has led stat people to compare home and away batting averages for Houston hitters and, not surprisingly, the Astros have a markedly higher batting average at home.

Thus far, Manfred has started an investigation. He has also commented that a rule violation that affects the outcome of a game is the most serious matter the game faces as it relates to the integrity of the game.

Soooo, if it is true, what should Manfred do? Should he rule that if any of the Astros management, scouts, managers or coaches knew of the electronic sign-stealing measures, they are banned and never will be allowed to work in MLB again?

Should he take away the 2019 and 2017 World Series Titles if it was found that this was done in either World Series? Or should he fine the franchise a large sum of money? A fine, to me, just does not seem to cut it.

It’s one thing for a player to cheat (i.e. steroids), but quite another for the team to sponsor cheating.

What’s Up With NFL Kickers?

I am likely not alone in believing there is a trend in the NFL this season. Placekickers across the NFL are really struggling to kick the ball between the uprights this year.

I took my thoughts to NFL.Com statistics page and discovered that kickers, through Week 11, are connecting on just 79.7 percent of their attempts. This is the league’s lowest number since 2003.

As a result, a number of teams have already gone through multiple kickers this season. The Tennessee Titans are on their third kicker and have converted just seven of 15 field goal attempts in 2019.

Adam Vinatieri, the NFL’s career scoring leader and all-time field goal leader at age 46, has struggled with his worst season since 2003. He’s missed five field goals and six extra points this season, which had the Indianapolis Colts trying out kickers last week. 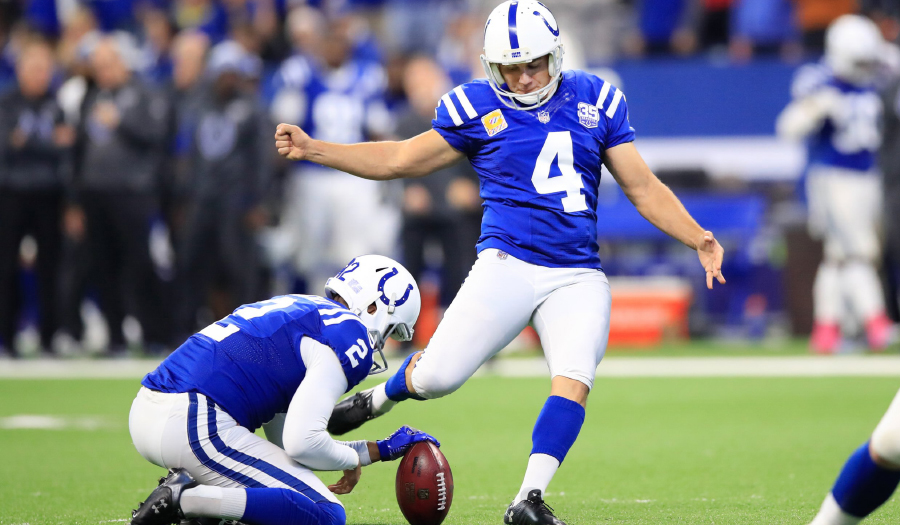 The New York Jets are on their fourth kicker. Chandler Catanzaro retired abruptly after missing two of three extra points in New York’s preseason opener. Taylor Bertolet missed three field goals and two extra points before being cut. Kaare Vedvik was claimed off waivers from Minnesota only to miss a 45-yard field goal and extra point in the Jets’ season-opening 17-16 loss to Buffalo. Sam Ficken, a late cut by Green Bay, is 7 for 11 on field goals for the Jets. He missed from 49 yards in a win Sunday in Washington along with a missed extra point.

And the misses are not coming from over 50 yards. Kicks between 40 to 49 yards have not been a guarantee this season with kickers converting only 136 of 196 for a 69.4 percent rate. These were virtually automatic a few short years ago.

I do not see the numbers improving as the weather changes. What I do think we will see is the accurate kickers will be more important than ever. What was once a given is now turning into an adventure.