Gastonia, NC – It’s Season 3 of Creative Pollinators and Los Angeles’ own Singer/Songwriter, Kelly Zirbes, aka Kelly Z, will be in town to accompany Playwright/Producer/Graphic Artist/Voice Actor, Mary London Szpara to present “The 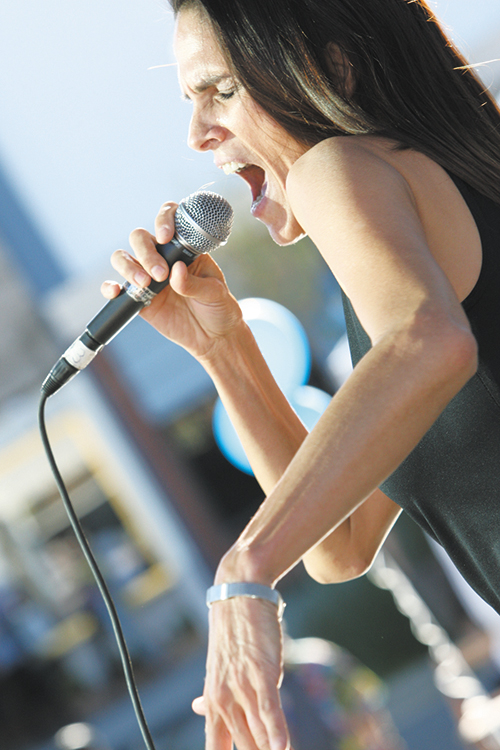 An in depth Q&A will follow their performance. Refreshments are served during the networking portion of the evening.

Growing up listening to her mother sing was the inspiration Kelly found to become a songwriter. Her first memory of music was her mother’s voice as she sang along with records late at night. In her teens Kelly dealt with what she felt and saw in others by writing songs about it. She wrote songs of disappointment, pain, loss, loneliness and so much more but always of survival which was something her mom taught her to do no matter what. Kelly uses music to help ease the sorrows of the life she sees around her, to stay strong and to find a way to understand a life that sometimes makes no sense. Kelly’s songs always make her listeners smile as they find a way to understand their own struggles through her lyrics and music. Kelly Z released her first solo project, ‘Rescue’ in October of 2017.

Mary London’s writing journey began after the death of her husband which resulted in her journaling to express her thoughts and emotions and the book “The Loss World” was the end result. It was released in 2013. “I never thought I would be an author much less a playwright. How is it that such a devastating personal loss can bring words that may heal others?” states Mary London.

ACAP Presents Caring For Loved Ones With Dementia On Tues., June 12, 5:30-7pm

Farm To Table Dinner And $10K Draw Down Fundraiser, Sept. 14