Years ago, when but a child, I found Jesus. It wasn’t hard — he was hiding behind some bushes. And then did what any child would do, tagged him and said, “You’re it!” and ran to hide. As we get older this game becomes harder, beckoning the query — has He gotten better at hiding or we worse at seeking?

Torrential rains beat down on a small town below a huge dam. A man paddling a canoe spots a lady on her front porch, clutching a Bible. He calls out, “Ma’am the streets are flooding, the damn won’t hold. Let me take you to safety!” To which the woman defiantly replies, “No, I have faith in the Lord and HE will deliver me!” The man shrugs and paddles away.

The waters continue to rise; a passing motorboat sights the same woman. Now clutching her Bible at her second story window, as the first is already underwater. The driver calls out, “Ma’am the water’s rising and the dam’s gonna go any minute; hop in my boat while there’s still time!” To which the woman defiantly replies, “No, I have faith in the Lord and HE will deliver me!” The man shrugs and motors away.

The damn burst! A rescue helicopter finds the woman, clinging to her Bible and roof. The pilot calls down, “Ma’am the dams gone, the town’s awash, let me drop a ladder, there’s little time left!” To which the woman defiantly replies, “NO, I have faith in the Lord and HE will deliver me!” The man shrugs and flies away.

Waters rise and the woman drowns. When greeted by Saint Peter in heaven she demands to see God! When brought before the Lord she demands to know why, despite her faith in Him, why He didn’t save her. God shrugs and replies- “Geez lady I sent two boats and a helicopter.” They say the Lord works in mysterious ways but are we so wrapped up in the pursuit of mystery we fail to see the obvious? 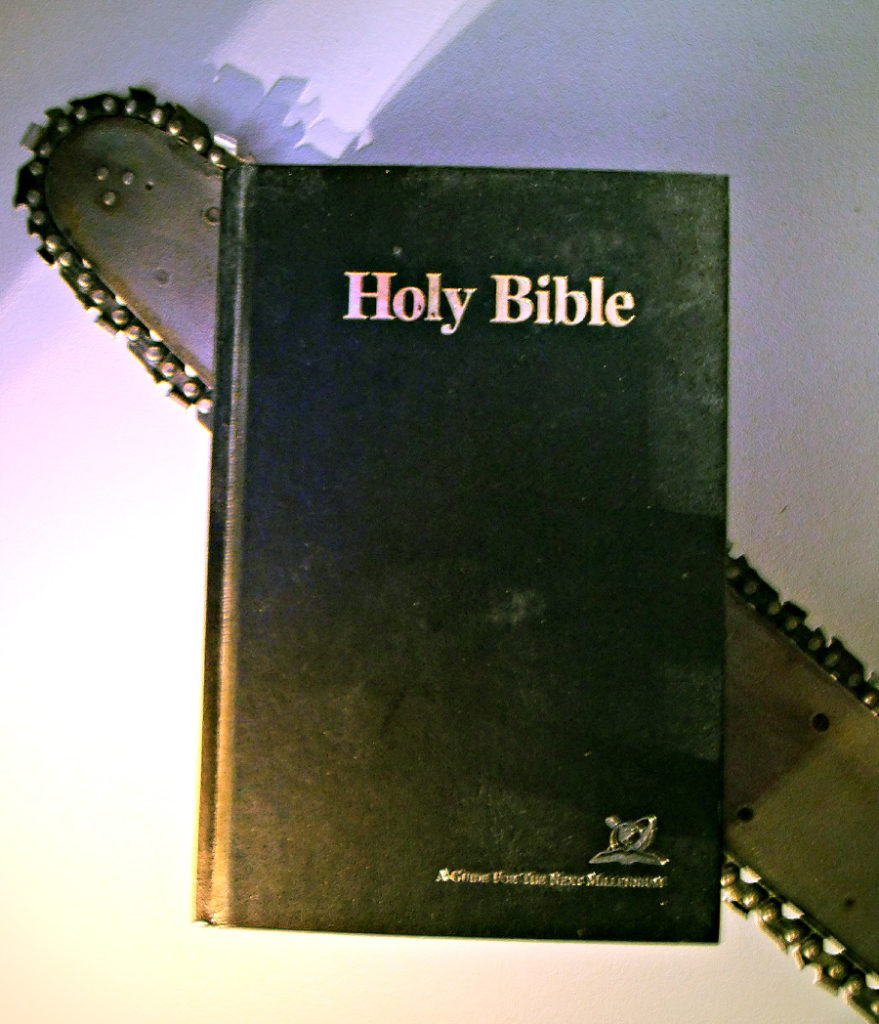 Three squirrels stood by the side of a busy road. The first two tell the third that crossing is a matter of faith. With this, the first squirrel bounds across the road shouting, “I believe!” and makes it to the other side. The second squirrel then leaps into the road… where he is immediately run down. The first hollers across to the third – “See, you have to truly believe!” To which the third replies- “I do- I truly believe he got hit by a truck.” – Must we challenge fate to prove faith?

An explorer, separated from his expedition, enters an unfamiliar village in hostile territory where he is immediately surrounded by aggressive tribesmen. All have their spears pointed at the fearful man and in desperation he cries out, “God help me I’m totally screwed!” A voice from the heavens came to the man, “No my child, you are not, take hold of the chieftain’s spear, wretch it from his hands and drive it into his heart.” The explorer did as instructed then looked up and said, “Now what O Lord?” To which the Lord replies, “Now… you are totally screwed!” Does the almighty give us what we think we want sometimes to teach us a lesson?

An Atheist is walking through the woods when suddenly Bigfoot jumps out from behind some bushes and roars savagely. The Atheist falls to the ground in terror and cries out, “Oh God – HELP ME!” A voice from above inquires “But I thought you didn’t believe in ME?” To which the Atheist responds “Well up till a few seconds ago I didn’t believe in Bigfoot either.” Can faith be a matter of necessitated convenience?

Walking through the woodlands of life I oft find myself face to face with Bigfoot. For years claiming atheism simply because there’s no easier way to explain it. Not a matter of straddling the fence, just finding a place where it can be crossed. Figuring out and understanding what to believe in and how.

Regular readers relax — ol’ Chainsaw hasn’t found religion. However, with the current condition of the world it has likely crossed many a mind. Perhaps time is nigh and we should seek a higher power… those that be seem to have no idea what they’re doing. 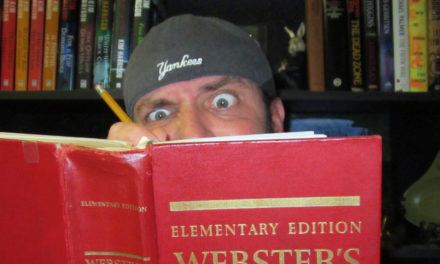 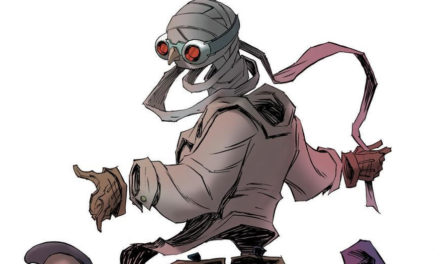