This prize awards $1,000 and possible publication in Ecotone to a piece of unconventional journalism not to exceed 2,000 words. Second and Third-Place winners will receive $300 and $200 respectively.

Destiny O. Birdsong will judge. Destiny O. Birdsong is a Louisiana-born poet, fiction writer, and essayist. She has received fellowships from Cave Canem, Callaloo, Jack Jones Literary Arts, the Ragdale Foundation, and MacDowell, and won the Academy of American Poets Prize, Naugatuck River Review’s 2016 Narrative Poetry Contest, and Meridian’s 2017 “Borders” Contest in Poetry. Her debut poetry collection, Negotiations, was published by Tin House Books in October 2020, and her debut novel is forthcoming from Grand Central Publishing in 2022. She earned both her MFA and PhD from Vanderbilt University, and now lives and works in Nashville, Tennessee. Subjects for essays submitted to the Rose Post Creative Nonfiction Competition may include traditional categories such as reviews, travel articles, profiles or interviews, place/history pieces, or culture criticism.

This competition is facilitated by the University of North Carolina at Wilmington Department of Creative Writing, which runs a small press, Lookout Books, and a sister literary magazine, Ecotone.

Ecotone’s mission is to publish and promote the best place-based work being written today. Founded at the University of North Carolina Wilmington in 2005, the award-winning magazine features writing and art that reimagine place, and our authors interpret this charge expansively. An ecotone is a transition zone between two adjacent ecological communities, containing the characteristic species of each. It is therefore a place of danger or opportunity, a testing ground. The magazine explores the ecotones between landscapes, literary genres, scientific and artistic disciplines, modes of thought.

Rose Post worked for the Salisbury Post for fifty-six years as a reporter, feature writer, and columnist. She won numerous state and national awards for her writing and earned the NC Press Women’s top annual award four times. She received the O. Henry Award from the Associated Press three times, the Pete Ivey Award, and the School Bell Award for educational coverage. Nationally, she won the 1989 Ernie Pyle Award, the Scripps Howard Foundation National Journalism Award for human-interest writing, and the 1994 National Society of Newspaper Columnists’ Award.

The winner of the 2020 Rose Post Creative Nonfiction Competition was Jeannette Cabanis-Brewin of Cullowhee, for her essay “Plum Song.”

* The postmark deadline is January 15.

* Entries can be submitted in one of two ways:

* Send two printed copies through the U.S. Postal Service (see guidelines and address below), along with a check for the appropriate fee, made payable to the North Carolina Writers’ Network.

* Submit an electronic copy online at http://ncwriters.submittable.com, and pay by VISA or MasterCard.

* Simultaneous submissions ok, but please notify us immediately if your work is accepted elsewhere.

* Each entry must be an original and previously unpublished manuscript of no more than 2,000 words, typed in a 12-point standard font (i.e., Times New Roman) and double-spaced.

* Author’s name should not appear on manuscripts. Instead, include a separate cover sheet with name, address, phone number, e-mail address, word count, and manuscript title. (If submitting online, do not include a cover sheet with your document; Submittable will collect and record your name and contact information.)

* An entry fee must accompany the manuscript. Multiple submissions are accepted, one manuscript per entry fee: $10 for NCWN members, $12 for nonmembers.

* You may pay the member entry fee if you join NCWN with your submission. Checks should be made payable to the North Carolina Writers’ Network.

* Entries will not be returned. Winners will be announced in March. 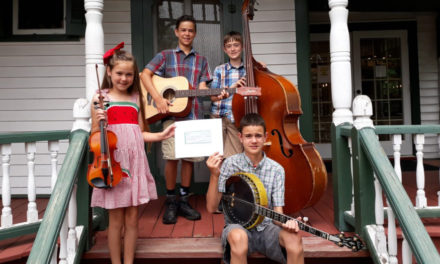 Sunrise Run On The Greenway Early Registration Until Sept. 8