Since I do not have any games to review or preview due to the current situation, I think I will spend the next few weeks reviewing top moments in sports over past decades. It was not easy settling in on ten top moments from a decade. Here is my attempt for the 2010’s.

10. Auburn wins the Iron Bowl with the “Kick Six” (Nov. 30, 2013)
I think Auburn/Alabama is one of the top one or two rivalry games in college football today. Alabama came into the 2013 game undefeated and ranked first in the country. After a thrilling back and forth game, the teams were tied 28-28 with just seconds remaining. With the ball just past midfield, Crimson Tide head coach Nick Saban decided to try for a long field goal to potentially win the game. The attempt was short, and fielded by Auburn’s Chris Davis, who had been standing at the ready just beneath the crossbar. Davis broke free and sent the crowd at Jordan-Hare Stadium into hysterics with a 109-yard return touchdown to win the game and hand Alabama their first loss of the year. What made this moment stand out was the quick and unexpected change of events. A possible Alabama win turned into an Auburn upset. 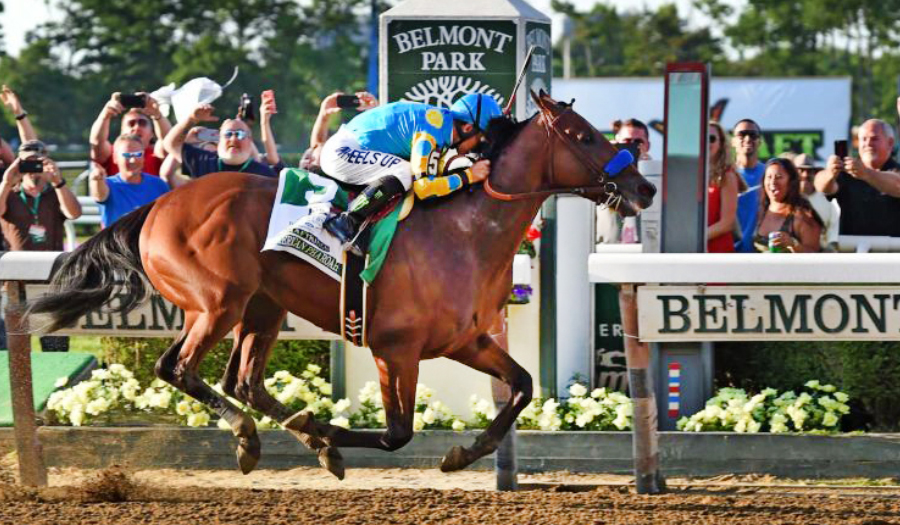 9. American Pharoah wins the Triple Crown (June 6, 2015)
I had to include horse racing. After all, the horse racing world had gone more than 30 years without a Triple Crown champion. In the early 2000s, we’d seen a trio of horses come close, with War Emblem, Smarty Jones and Big Brown all winning both the Kentucky Derby and the Preakness Stakes, only to fall short in the final race. That all changed with American Pharoah. Bob Baffert’s horse shot his way through all three races and into the history books, sealing the Triple Crown with a wire-to-wire win at the Belmont Stakes.

8. LeBron James seals the 3-1 comeback with a chase-down block in Game 7 of the NBA Finals (June 19, 2016)
LeBron James highlights were commonplace over the decade. But this one stands out because it has a name. It is simply called ‘the block.’ With just two minutes left in Game 7 of the NBA Finals, James chased down what looked like an easy bucket for the Warriors and blocked the layup attempt into the backboard. The block played a huge part in the Cleveland Cavaliers winning game seven. I saw it again the other day and it still is hard to believe what James did. Facing a Warriors team that had gone 73-9 through the regular season, and once held a 3-1 lead in the Finals, James won the third title of his career and finally brought a championship home to Cleveland.

7. Villanova wins the national championship at the buzzer (April 4, 2016)
The 2016 NCAA men’s basketball championship was easily one of the best games in recent memory. After trailing by 10 with just under five minutes remaining, the Tar Heels tied Villanova at 74-74 with just five seconds left. But rather than settling for overtime, Villanova junior Kris Jenkins hit a long range three pointer at the buzzer to give the Wildcats their first title since 1985.

6. Patriots erase 28-3 lead to win Super Bowl LI (Feb. 5, 2017)
After a terrible start to Super Bowl LI, Bill Belichick’s team looked lost, trailing the Atlanta Falcons 28-3 halfway through the third quarter. But the Patriots found a way, scoring 25 unanswered points through the final minutes of regulation and then winning the game in overtime before Atlanta even got to touch the ball. For an hour or so, it felt like the Patriots dynasty might finally be over. Instead, the Pats only added to their legend. 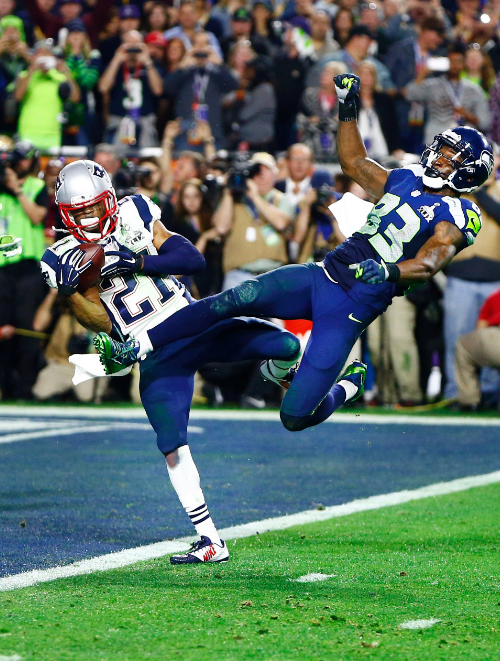 5. Simone Biles dominates the 2016 Olympics (August 11, 2016)
What made the moment: Simone Biles was the most dominant athlete of the 2010s, essentially winning gold medals at will at every world championship and Olympics in which she competed. Her star-making moment came as leader of the Americans at Rio 2016, with the United States winning gold in the team event and Biles winning individual gold in vault, floor exercise, and all-around.

4. Eagles complete “Philly Special” to help win Super Bowl LII (Feb. 4. 2018)
It was not supposed to happen. With a backup quarterback, Nick Foles, facing down the greatest dynasty in NFL history (Tom Brady and the New England Patriots, the Philadelphia Eagles needed to use every part of the playbook to take down the Patriots in Super Bowl LII. Facing fourth-and-goal from the two-yard line, with just seconds remaining in the first half, the Eagles could have kicked a field goal to take an 18-12 lead into halftime. But I guess they figured they would need every point they could get to beat New England, head coach Doug Pederson elected to go for a touchdown. He dialed up a trick play that will go down in Super Bowl history. Pederson proved prophetic as the Eagles ended up winning 41-33.

3. Tiger Woods wins the Masters (April 14, 2019)
He was once the most dominant athlete in the world. Tiger Woods had numerous starts and stops throughout the past decade. Between ongoing back issues and his 2017 arrest, it was unclear if Woods would ever be able to compete with the best in the world again. But Woods closed the 2018 season strong and back at Augusta National in 2019 he solidified his legendary status with a brilliant performance over four days in April.

2. Chicago Cubs break the curse (Nov. 2, 2016)
After more than 100 years of waiting, the Chicago Cubs exorcised their demons in 2016 and won the World Series. It took seven games, including an extra-inning win in Game 7.

1. Malcolm Butler steals Super Bowl XLIX for the Patriots with crucial interception (Feb. 1, 2015)
My top choice truly was a moment. It was a single play in Super Bowl XLIX. Trailing 28-24 with just two minutes remaining, the Seattle Seahawks needed to drive the field for a touchdown to secure their second straight title. After a connection between Russell Wilson and Jermaine Kearse gave the Seahawks first-and-goal, the touchdown felt inevitable.But rather than let Marshawn Lynch bully his way into the end zone, the Seahawks threw on second-and-goal from the one-yard line, Malcolm Butler jumped the route, intercepted the pass to add another title to the Patriots dynasty. I think a strong argument can be made that Butler’s heroic effort is the greatest play in NFL history. Therefore, it is my moment of the decade.