Last week we spent time remembering some of the top moments in sports between 2010 and 2019. Since there is still not any active sporting events to write about, I will cover the decade between 2000 and 2009.

Again, I will spend more time on moments than I will over season-long accomplishments. Yes, the New England Patriots had an undefeated regular season and George Mason University had an unbelievable NCAA tournament run, but this countdown is about moments in time. 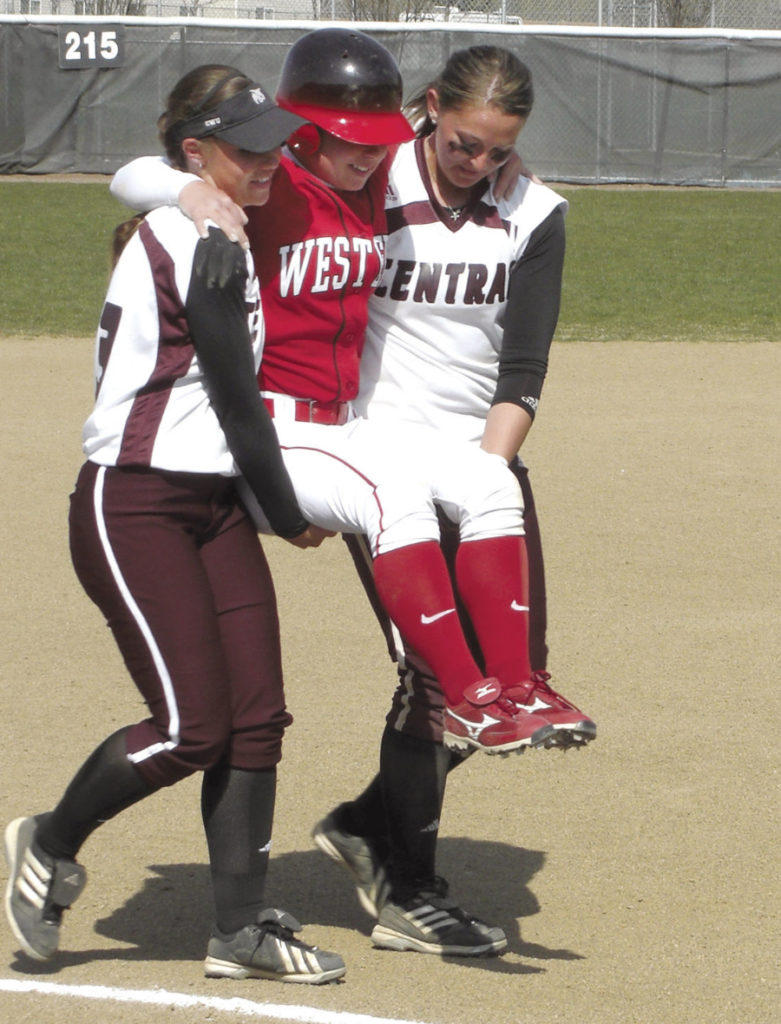 Check that. There will actually be some real sports news this week as the NFL draft is tonight. I will spend some time on that next week before addressing the 1990s.

#10 Mario Lemieux’s comeback. Lemieux is a 12-time All-Star and a three-time Hart Trophy award winner. He was forced to retire for three years from 1997-2000 due to back problems and a battle with Hodgkin’s Lymphoma. But, at the age of 35, he mounted a comeback. He played for five more years and scored 229 points in that time. For one of the greatest of all time to come back from such adversity was truly an inspiring moment.

#9 Boston Celtics win an NBA title. Kevin Garnett played for 12 years with the Minnesota Timberwolves, and in that time he gained a reputation for being one of the greatest NBA players to never win a title. Then in 2007, Garnett was traded to the Boston Celtics. The very next season he, along with Paul Pierce, Ray Allen and Rajon Rondo, led the Celtics to their first title since 1986. I saw a photo of Garnett minutes after winning the title. Pure joy on his face. A great moment in sports.

#8 Mario Chalmers comes up big for Kansas in NCAA Finals. Chalmers may have two NBA championship rings, but he’s never had a bigger moment than the one he had in the NCAA Finals against the Memphis Tigers. Memphis took a 63-60 lead with 10 seconds showing on the game clock. On the ensuing possession, Chalmers drained a three with 2.1 seconds remaining to send the game to overtime. Kansas wore the Tigers down in the overtime session and won the game 75-68.

#6 Vince Young won the 2006 Rose Bowl for Texas. Young’s NFL career never took off, but he is still the face of one of the great moments in college football history. The 2006 Rose Bowl was for the national championship. Texas was down 38-33 with 26 seconds to go, 4th-and-5, ball on the 8-yard-line. The highlight is still shown regularly. Young somehow eluded defenders and ran in for the game-winning touchdown and a national title.

#5 Kobe goes off for 81 points. Wilt Chamberlain holds the record for most points scored in a single NBA game with 100. But Kobe came as close as anyone to the mark in 2006. At home against the Toronto Raptors, Bryant needed just 42 minutes of game time to move into second place on the single-game scoring list with 81 points.

He scored 55 of those points in the second half.

#4 Tiger Wins the 2008 US Open. Prior to the 2008 Us Open at Torrey Pines, Woods had won 13 Majors. But he was on the mend. Having missed several months recovering from knee surgery, that tournament was his first back, and he wasn’t close to 100 percent. In fact, you could see the pain on his face during virtually all of his shots.

But Woods won. He beat Rocco Mediate after an 18-hole playoff plus one more, a sudden-death hole that would prove to be the difference-maker in Woods gaining his 14th major.

#3 The Helmet Catch lifted the New York Giants over New England in Super Bowl XLII (2008). Eli Manning and David Tyree will be forever linked together by one very famous thrown and catch. The Patriots came into the contest with an unbeaten record and were heavy favorites. Trailing 14-10 with the game winding down, the Giants faced a 3rd-and 5 in their own territory, Manning hit David Tyree for a 33-yard pass play, one of the signature catches in NFL history. The Giants went on to score on the drive and win the game, ending the Patriots’ season one win shy of perfection.

#2 Boston Red Sox break the curse. A baseball curse 86 years in the making was finally broken. It happened in 2004 when the Red Sox swept the St. Louis Cardinals to win their first World Series in over eight decades.

#1 Central Washington softball shows sportsmanship. I chose to go with this one after seeing the moment recently on YouTube. In 2008, two softball players from Central Washington moved a nation with their inspiring act of sportsmanship. Central Washington was playing Western Oregon and the two teams were vying for a chance to play in the postseason. With two on in the second inning of a scoreless game, Western Oregon senior Sara Tucholsky hit a homerun. But as she rounded first, she realized her foot hadn’t touched the bag. As she turned to go back, something in her knee popped and she crumbled to the ground. The umpires concluded that Tucholsky’s teammates couldn’t help her around the bases, and that’s when Mallory Holtman of Central Washington decided to step in. Holtman and teammate Liz Wallace carried Tucholsky around the bases, and she got credit for the home run she had rightfully earned.