LeBron James solidified his status as one of the greatest players of all time on Sunday, completing an unprecedented comeback against the historically great 2015-2016 Golden State Warriors to win Cleveland the NBA championship he promised the city when he first returned home almost two years ago.

James was known for throwing promises around. His last nationally known promise was in July of 2014 when he announced he was returning to the Cleveland Cavaliers to bring the city a championship after four years with the Miami Heat, where he won his first two championships and NBA Finals MVPs.

It turns out it took James the exact same amount of time it took in Miami, two years, to win a title.

After falling down against the Warriors 3-1 early in the Finals, James willed his team (and the city of Cleveland) back into the series and then willed them once more to a Game 7 victory on Sunday at Golden State.

James came close to averaging a triple-double in the series. But his most memorable play in the Finals was actually a blocked shot in the deciding game. With the contest tied 89-89, Andre Iguodala seemed to have a wide-open layup that would have put the Warriors up two points. Then out of nowhere, there was James. In retrospect, that was it as Golden State looked shell-shocked and never recovered.

It was the first time in league history that an NBA team overcame a 3-1 series deficit in the Finals to win the championship, and James was obviously the primary reason why. He unanimously won the 2016 NBA Finals MVP, the third of his career to match his three championships. For the series, James averaged an unworldly 29.7 points, 11.3 rebounds, 8.9 assists, 2.6 steals and 2.3 blocks.

James compiled 27 points, 11 rebounds and 11 assists in Game 7 of the series, the first triple-double in the Finals since James Worthy in 1988. But those statistics are much less significant than the most basic thing he achieved on Sunday night: delivering a title for a championship-starved city. It was just over a week ago when it seemed like the nation turned their backs on the Cleveland Cavaliers and said that they did not have a chance. It was hard to believe otherwise. The Cavs were down 3-1 versus a team that set a NBA record by posting a 73-9 regular season record. And to make matters worse, two of the three remaining games were on Golden State’s home floor.

A week later and now the Cleveland Cavaliers made history of their own. They became the first team in NBA history overcome a 3-1 deficit in the Finals.

The Cavs watched the Warriors win an NBA Championship last year on their home court, ending 40 years of no championship. Sunday, Cleveland had similar reason to celebrate their 93-89 victory as they waited 52 years to win their first championship.

It’s quite a story on how these two teams made history in one year. Golden State recorded a phenomenal season with 73-9 surpassing the 1995-96 Chicago Bulls 72-10 record. But failing to win the NBA Championship doesn’t make them the greatest team ever. Not in my eyes anyway.

That claim still belongs to Michael Jordan and his Bulls. I’m not sure we’ll ever see a team come close to becoming the NBA’s best team of all time. The Warriors were the closest we’ve ever seen after having such an amazing season, but LeBron James dashed that goal proving all the doubters wrong. Despite the suspension of Draymond Green in Game 5 (and that was huge), the Cavs played remarkable basketball to win three straight and deserve to be the champs.

The Warriors are not a defensive team and have conquered all with the 3-ball. That was the key to their success until Cleveland’s defense shut that down. Golden State did not have a defense to turn to. James and Kyrie Irving had their way offensively.

In Sunday’s loss Stephen Curry scored 17 points on 6-for-19 shooting and Klay Thompson added 14 points on 6-for-17 shooting. Combined they totaled 31 points. While the duo missed 24 shots combined, they provided little resistance attempting to guard James and Irving.

Bottom line. Golden State was the best team in the NBA in one-game series (the regular season). But they are beatable if you get them in a series where you can familiarize yourselves on how to stop their style of play. Remember, Oklahoma City should have beat the Warriors in the Conference Finals.

Still, Golden State had a memorable season. Curry received his second MVP in back-to-back seasons while Steve Kerr became Coach of the Year. They just did not secure the main prize, their second NBA trophy. I see this team sticking together and making another run next season. 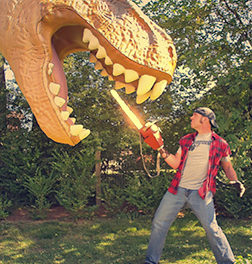