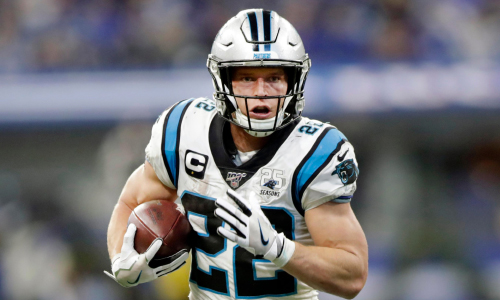 What looked like a dire situation a few weeks ago has turned into an unexpected turnaround. The Carolina Panthers, still without its best player, won its second straight game last week by topping the Arizona Cardinals by a 31-21 count.

It is quite clear that Panthers players have bought into first year head coach Matt Rhule’s theme of rallying around the loss of running back Christian McCaffrey a high ankle sprain. The ten game losing streak dating back to last season is over and Carolina now has a 2-2 record, one game behind the 3-1 Tampa Bay Bucs in the NFC South.

McCaffrey will be back soon and that bodes well for the Panthers. His absence led to the discovery of Mike Davis who has stepped in at runningback and excelled. His presence will enable McCaffrey, the most utilized back in the NFL, to take some plays off now and then.

Carolina should also get better weekly as Rhule gets more comfortable with his new team and quarterback Teddy Bridgewater gets used to his new team.

Long time fans of the Carolina Panther have long gotten used to the ups and downs of this franchise. It is beginning to look like an upwards swing is on its way.

Week one of the MLB Playoffs gave us a few surprises but the favorites advanced and we are now down to eight teams. Thus far, offenses are carrying the day but there have still been some quality pitching performances. And in the end, virtually everyone has heard the baseball cliché that pitching wins championships.

The World Series favorite Los Angeles Dodgers used its pitching to advance and took a 1-0 series lead over San Diego as I wrote this. Opponents eventually wear down as the Dodgers trot out quality pitcher after quality pitcher to the mound before eventually breaking through offensively. They are heading toward a showdown against the Atlanta Braves who opened up a series lead over the surprising Miami Marlins.

The Marlins are truly the biggest surprise thus far. The Fish lost over 100 games in 2019 and used their pitching to dispose of the Chicago Cubs in the first round of the playoffs. Miami only allowed one run while sweeping the Cubs. 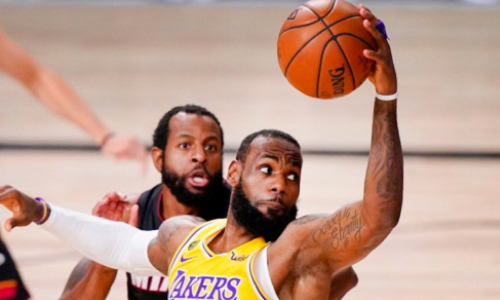 In the remaining series, everyone’s villain, the Houston Astros have opened up a 2-0 lead over the Oakland A’s while Tampa Bay and the New York Yankees are tied at one game apiece.

Lakers Close In On NBA Title

The professional sports world will be crowning champions on an almost weekly basis this month as the nation continues to deal with COVID. The Tampa Bay Lightning won the Stanley Cup last week. And it seems inevitable that the Los Angeles Lakers will win the NBA Title this week.

The Lakers took a commanding 3-1 lead in the NBA Finals by edging the Miami Heat, 102-96 on Tuesday night. Game 5 is tonight (Thursday).

Even though the Lakers have relied heavily on the offensive exploits of LeBron James and Antonio Davis, it has been the team’s defense that has been the difference in the Finals.

The Lakers limited the Heat to their lowest offensive total of the playoffs on Tuesday and are now one game away from tying the Boston Celtics with 17 NBA Titles. If successful, James will add to his legacy with four championships. He will also be the first player to win titles with three different teams.