brewery beer releases, and an auction to raise funds for the Pints for Prostates campaign. More than 70 of America’s leading craft breweries have committed to take part. The event will feature a live online experience over three days, featuring panels on craft beer topics, meet and greets with brewing luminaries, and brewery produced videos. Breweries across the country are producing special collaboration beers or releasing rare beers from their cellars, with a portion of the proceeds donated to Pints for Prostates. There will also be a Beer Lovers Online Auction, featuring a collection of bucket list beer experiences and impossible to find brewery collectibles. Tickets are available for $60 at www.pintsforprostates.org. 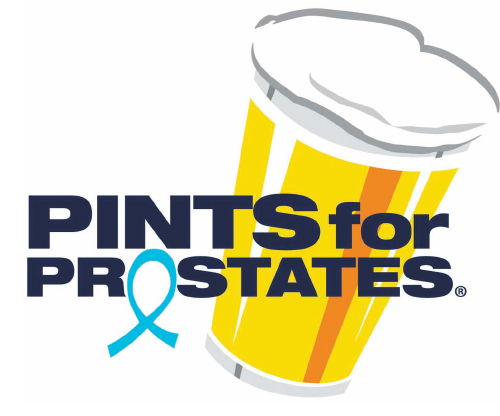 Locally, Olde Hickory Brewery is supporting Pints for Prostates with a very rare beer release on September 26th. When asked what makes this beer rare and special, head brewer Steven Lyerly said, “A Waffled String Of Events is an Imperial Stout with Event Horizon as the base beer. But instead of being aged in bourbon barrels, it was aged in Turning Point rye whiskey barrels from Southern Artisan Spirits in Kings Mountain. So it’s a little spicier than Event Horizon. To the base, we added Belgian waffles from the Olde Hickory Station, honey, hazelnuts, vanilla, and cinnamon. We created two barrels of this beer, so it is an uber rare project to help raise money and awareness for Pints for Prostates.”

The two barrels yielded thirty-five cases of 4 pack bottles. A Waffled String Of Events will only be available on September 26, from 11 am till 2 pm, or until they sell out. Unlike previous releases, this one will not include a bottle share and no one will be allowed inside the brewery. Social distancing will also be required and everyone is asked to please wear a 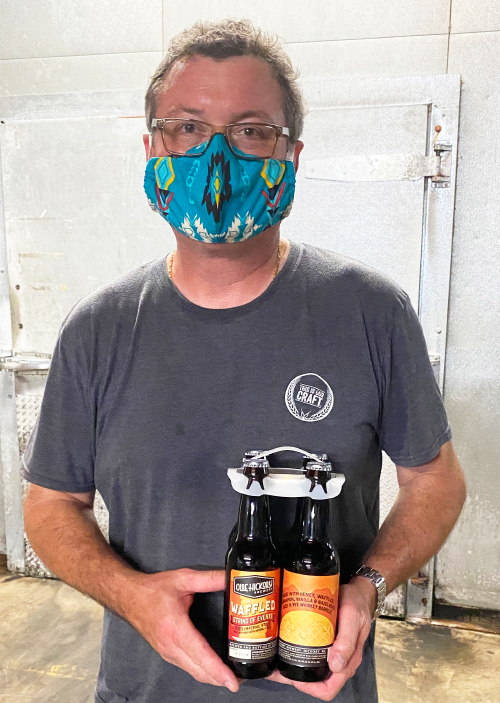 mask. A tent will be set up at the brewery entrance located at 2 3rd St SW, Hickory, NC 28602. Drive up to the tent to place your order and brewery staff will bring your beer to your vehicle.

Steven said, “We have a limit of two 4 packs per person, given that amount of beer we’ll have enough for one hundred people. Four packs will be forty dollars each and twenty-five percent of the sales will be donated to Pints for Prostates.” Most non-profits are struggling now and need our support, both locally and nationally.

About Pints for Prostates: Pints for Prostates reaches men through the universal language of beer to encourage them to take charge of their health. Many men ignore the advice to get regular physical exams. Most men believe prostate cancer is “an old man’s disease” and it won’t happen to them. The reality is men should talk to their doctor about getting a baseline prostate cancer screening when they reach 40 years old, or at 35 years old if they have a family history of the disease or a part of a high-risk group, such as African Americans. Pints for Prostates works to engage men in a conversation about their health in a relaxed and non-threatening way. By having some fun with a topic they would rather avoid, we are able to reach a population of men who might otherwise ignore traditional health messages.

Join Olde Hickory Brewery in supporting Pints for Prostates with a purchase of A Waffled String Of Events on September 26, at 11 am. www.oldehickorybrewery.com

Save The Date: OUTright Youth’s Amazing Race Is August 19