Week One of the NFL season is in the books. I watched quite a few games and came away with the thought that the best two teams are Kansas City in the AFC and New Orleans in the NFC. The Chiefs dominated Houston, 34-20, and the Saints had little trouble with Tom Brady and Tampa Bay, 34-23. 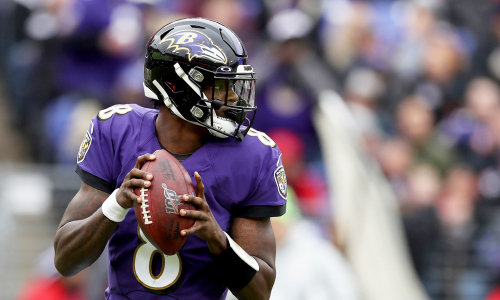 If Kansas City is number 1 in the AFC, Baltimore is 1A. The Ravens demolished Cleveland, 38-6. The Browns were never in the game and Baltimore quarterback, Lamar Jackson, played like the MVP quarterback that he was last season. The Ravens went 14-2 last year but made another early exit in the playoffs. Since the Chiefs went on to win the Super Bowl, I have to leave them at number 1, as of now.

Seattle is my number 2 team in the NFC. The Seahawks took care of Atlanta, 38-25, in a game that was never in doubt. Green Bay will be right there with Seattle and New Orleans when the playoffs start. The Packers put 43 points on the scoreboard against Minnesota, a good defensive team.

More Random Early Thoughts – I can just hear Aaron Rodgers saying ‘relax’ to those who feel his better days are behind him. Rodgers posted big numbers during Green Bay’s convincing victory over NFC Central rival Minnesota…..Things did not go so well from Tom Brady in his Tampa Bay debut. During the Bucs loss to the New Orleans Saints. Brady threw a pick-six that sealed the deal for the Saints. I wonder if he was thinking back to his New England days while watching his new team make mistakes that the Pats rarely made. In the loss, Tampa Bay had a defensive player jump offside on a fourth-and two, a field goal blocked, and a kickoff return fumbled. Those predicting a Super Bowl appearance for Brady and Tampa Bay may want to slow down a bit. By the way, I read where Brady, dating back to last season, has now thrown pick-six interceptions in three consecutive games. 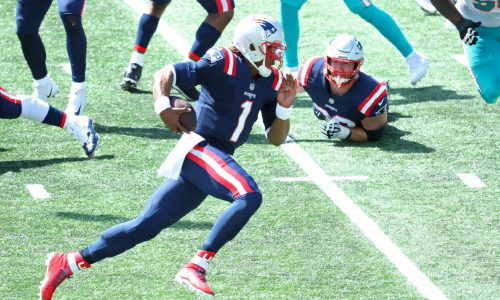 Brady’s replacement in New England, Cam Newton, led New England to a 21-11 victory over Miami. The former Carolina Panther ran for two touchdowns in the success. The surprise of the week had to be Arizona upending San Francisco, 24-20. The 49ers did not look like the team that played in last year’s Super Bowl. Dallas lost another close game, falling to the Los Angeles Rams, 20-17. I am starting to understand why the Cowboys did not break the bank and sign quarterback Dak Prescott to a long team contract. He just does not make big plays, especially late in games.

The Carolina Panthers lost a close one to the Las Vegas Raiders. Shew, that sounds weird. The Vegas Raiders. Carolina put 30 points on the board but lost, 34-30. New quarterback, Teddy Bridgewater played well but it looks like defense will be the issue in 2020 for the Panthers.