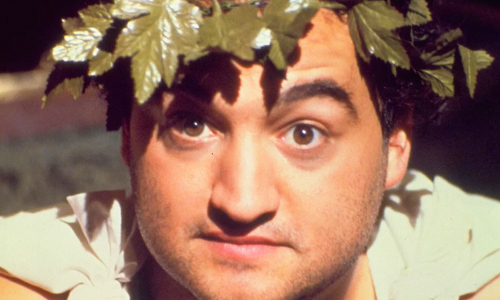 Belushi (2020) is the first ever feature documentary portrait of legendary comedic talent, John Belushi. Colleagues and friends share their remembrances alongside never before seen home movies and video footage in this film from director R.J. Cutler.

Blindfire (2020) TV personality, Wayne Brady, stars in this thriller about a cop dealing with the ramifications of shooting an innocent man after having been set up.

Embattled (2020) The offspring of an MMA champ attempts to carve out a life outside of his father’s shadow in this drama from Nickolay Sarkisov.

Dead Reckoning (2020) A family man’s brother comes to visit only to reveal that he’s a wanted terrorist in this drama starring James Remar and K.J. Apa.

The Killing Floor (1984) Bill Duke directs this-true life drama about a man’s struggle to unionize a Chicago stockyard. Extras include making of featurette, booklet, Q and A and director intro.

Hero On The Front (2018) is a dramatization of the 1918 Battle of Lys and was the recipient of 5 Portugese Academy Awards. No extras.

A Girl Missing (2019) The director of the Cannes Jury Prize Winner, Harmonium, returns with this thriller about a private nurse whose life unravels when one of her daughters is kidnapped. Extras include a bonus short film.

It’s A Wonderful Life (1946) The perennial holiday classic is being issued in a new 4K steelbook edition which includes a vintage mini poster. All of the extras from previous editions have been carried over which includes a colorized version of the film.

Buddy Games (2020) Five friends who are on the outs reunite for a mean spirited contest and a chance to win $150,000. Josh Duhamel stars and directs. Extras include multiple featurettes.

Sonic The Hedgehog (2020) The hit film from earlier this year is being reissued in new packaging which includes mini posters not previously available. All extras from previous editions have been carried over.

Spontaneous (2020) Students in a high school inexplicably become victims of spontaneous combustion in this comedy from Brian Duffeld.

Libeled Lady (1936) A wealthy socialite (Jean Harlow) seeks revenge on the newspaper that accused her of being a home wrecker in this screwball comedy from director Jack Conway. Nominated for the Best Picture Oscar in its year. Extras include a trailer, MGM and WB comedy shorts, MGM cartoon and a radio promo.

The Chronicles Of Melanie (2016) This German dramatization of the memoirs of Melanija Vanaga and relates the tale of a June 1941 mass deportation in Latvia that resulted in the dislocation of 17,000 people.

Mellow Mud (2016) A 17 year old girl must put her dreams on hold in order to take care of her younger brother in this Latvian drama.