Louisville, KY (AP) – Muhammad Ali traveled the world as a fighter and humanitarian, but he always came home to Louisville.

His Kentucky hometown was where Ali, as a gangly teenager, began to develop his boxing skills – the dazzling footwork and rapid-fire punching prowess. The three-time world heavyweight boxing champion never forgot his roots, returning to his old West End neighborhood and visiting high school classmates even after becoming one of the world’s most recognizable men.

Now the focus shifts back to Ali’s hometown as the world says goodbye to the man who emerged from humble beginnings to rub elbows with heads of state.

Ali, slowed for years by Parkinson’s disease, died Friday at age 74 in an Arizona hospital. His funeral is scheduled for Friday afternoon in Louisville.

Ali chose his hometown as the place for one of his lasting legacies: the Muhammad Ali Center, which promotes his humanitarian ideals and showcases his remarkable career. Ali and his wife, Lonnie, had multiple residences around the U.S., but always maintained a Louisville home.

The city embraced its favorite son right back. A downtown street bears his name. A banner showcasing his face – and proclaiming him “Louisville’s Ali’’ – towers over motorists near the city’s riverfront.

Lifelong friend Victor Bender knew Ali ever since they were boyhood sparring partners. Bender remembered Ali – then known as Cassius Clay – as a dedicated athlete who worked tirelessly to hone his boxing skills.

He also remembered Ali’s human touch – his willingness to reach out to others.

“Only health changed him,’’ Bender said in a September 2014 interview. “When he was healthy enough, he could talk with anybody. He loved children. He’d reach out and touch anybody, because he loved people.

“Sometimes his handlers would say, `Look, we’ve got to go. We’ve got to meet the schedule.’ And he’d say, `The schedule will have to wait.’’’

Ruby Hyde remembered the heavyweight champ cruising into her neighborhood in a Cadillac with the top down. “All the kids jumped in and he rode them around the block,’’ she remembered.

Ali’s boyhood home – a small, single-story frame house – still stands in the working-class neighborhood where he grew up. The bright pink home on Grand Avenue was renovated by its current owners and opened for Ali’s fans to get a glimpse into his life before the world came to know him.

His bicycle was stolen when he was 12. Wanting to report the crime, the shaken boy was introduced to Joe Martin, a police officer who doubled as a boxing coach at a local gym. Ali told Martin he wanted to whip the culprit. The thief was never found, nor was the bike, but soon the feisty Ali was a regular in Martin’s gym.

“He always had a good left-hand punch,’’ Bender recalled. “He could follow up. The fundamentals were always there.’’

Ali developed into a top amateur boxer. His early workouts included racing a school bus along the streets of Louisville, said Shirlee Smith, his classmate at Louisville Central High School.

“Every time the bus would stop to pick up kids, he would pass us up,’’ she recalled. “Then we’d pass him up. Everybody on the bus would be laughing and teasing him. He was training at that time, and we were just having fun. But he was focused on what he wanted.’’

“He told me then that he was going to be the heavyweight champion of the world, and I didn’t believe him,’’ Montgomery said. “I told him, `Man, you better get that out of your mind.’ But he succeeded. He followed through.’’

Not long after graduating from high school, Ali won a gold medal at the 1960 Olympics in Rome.

Smith remembered Ali as a happy-go-lucky classmate who wasn’t changed by fame. She recalled the class reunion when Ali performed magic tricks.

“He never had any airs or any pretense,’’ she said. “He was just Muhammad Ali.’’

Ali announced his conversion to the Muslim faith soon after upsetting Liston in 1964 to win the heavyweight crown for the first time. Ali moved away in the early 1960s but never lost contact with Louisville.

The Ali Center includes exhibits recalling the turbulent 1960s that Ali came to personify. Ali was refused service at a Louisville restaurant after he returned home as an Olympic gold medal winner. Other exhibits recall Ali’s role as a civil rights supporter and opponent of the Vietnam War.

Louisvillians embraced him as their own again as they mourned his passing. They flocked to the Ali Center and to his boyhood home along with out-of-town visitors paying their respects.

Amid the flurry of activity by mourners outside the Ali Center, Frank Green, 73, had his own reflective moment about the champ. Green gingerly got down on his knees to say a prayer for Ali and his family. He brought along a photo showing him posing with Ali.

“It’s really hurtful and painful over the last few years to see him in the condition he was in,’’ said Green, whose wife was an Ali classmate. “His dynamic personality – he’d go in a dark room and you wouldn’t have to flip the light switch. The lights would automatically come on. He was that type of dynamic personality.’’

At a memorial service outside Metro Hall Saturday, Louisville Mayor Greg Fischer summed up Ali’s deep ties to the city.

“Muhammad Ali belongs to the world, but he only has one hometown,’’ he said. “The `Louisville Lip’ spoke to everyone, but we heard him in a way no one else could.’’ 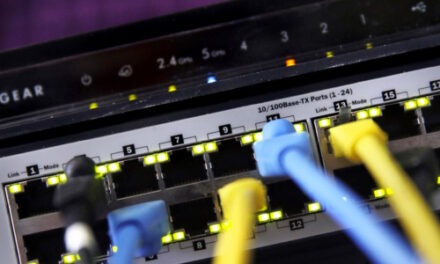 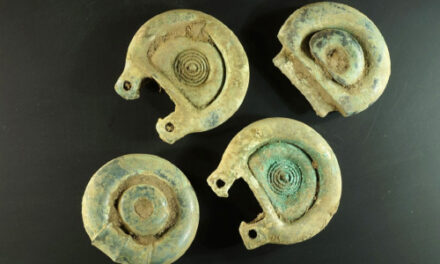