It sure does seem strange sitting down in front of the TV, grabbing the remote to look for a game of some sort, and finding that there is nothing on. We now get to test the theory that gets tossed around now and then… “There are other things to do than to watch sports on TV.” Selective listening usually sets in as the non-sports statement goes unheard or ignored.

The coronavirus has taken care of that, the canceling of the NCAA men’s and women’s basketball tournaments, the delaying of the National Hockey League and National Basketball Association seasons, along with the cherished opening day of Major League Baseball.

The world has certainly changed quickly, and with more coronavirus cases being reported throughout the country every day, the end is not yet in site.

This is truly a time that I never thought we would come to in my lifetime, where a virus that seemed to start out innocently has become a pandemic

Sports, in most homes in America, brings families together. Right now, we don’t have that. Whether you’re a golf, hockey, basketball, baseball or soccer fan, this is a sad time. 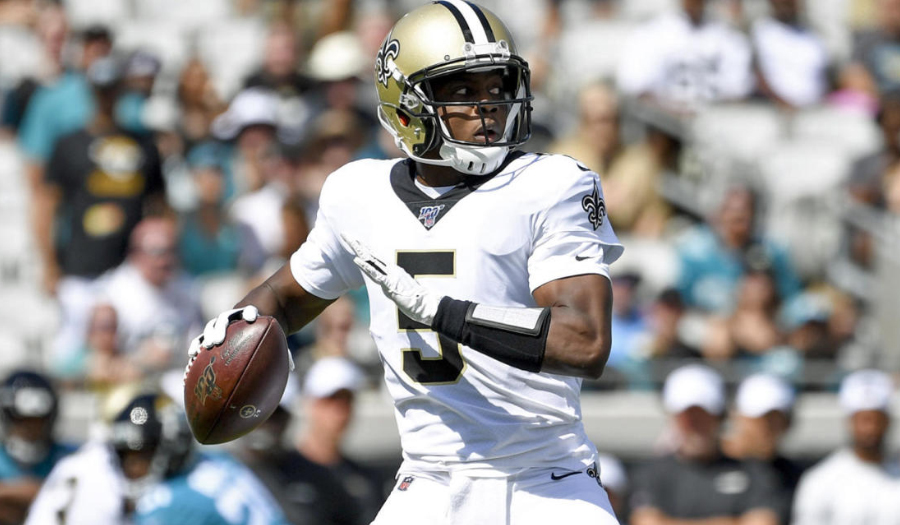 I will not have to pretend that poker is a sport. No more food or game show network reruns.

It was not supposed to end like this for Cam Newton in Charlotte. The Carolina Panthers made it clear that the Matt Rhule era will not begin with Newton, who was the league MVP in 2015 and who led the franchise to a Super Bowl appearance.

Carolina made it clear on Tuesday when it signed free agent quarterback Teddy Bridgewater to a three-year, $63 million dollar contract.

While Newton’s time in Charlotte has always been a story, Bridgewater has a saga of his own. From a first-round pick to leading the Minnesota Vikings to the playoffs to a severe injury to over a year of rehab to a stint as Drew Brees’ backup to a 5-0 mark as the starter in New Orleans in 2019, which showed he’s healthy and capable of winning games.

I know I wrote in these pages a while back that I thought Tom Brady would end up staying with the New England Patriots.

Evidently, either Brady or head coach Bill Belichik (or both) wanted to move on from each other, for Brady announced Tuesday morning that he would not be returning to the Patriots. Later in the day, it was released that he was signing with the Tampa Bay Bucs.

I believe that the end was a culmination of reasons. The end came slowly. It built over time. After all, we are talking about what is likely the greatest coach-quarterback relationship in NFL history. At least in terms of success.

I see it as two distinctly different personalities eventually wearing each other out. And in the end, Belichick was the decision maker and he did not want to proceed with a quarterback who is approaching his mid-forties. Loyalty to aging players has never been attributed to Belichick.

It did not matter that the duo has the most regular-season wins (219), postseason victories (30) and Super Bowls titles (six) of any coach-QB pairing in NFL history.

The next chapter in Brady and Belichick’s career will be very interesting. Seeing Brady in a Buc’s uniform will be awfully strange. And guess what? New England and Tampa Bay play each other in 2021.