Home » Columnists » Sid On Sports » It Is Official

One of the worst kept secrets in Carolina Panthers history came to an end on Tuesday when the franchise officially released quarterback Cam Newton. The move brought to an end Newton’s nine-year stay with the Panthers.

In other news for Carolina on Tuesday, the Panthers signed free agent receiver Robbie Anderson, giving new quarterback Teddy Bridgewater a better receiving corps than Newton ever had in Carolina.

Bridgewater signed a three-year, $63 million deal (with $40 million guaranteed) last week and Panthers general manager Marty Hurney has already improved his supporting cast. Carolina has returning receivers D.J. Moore and Curtis Samuel, and now added a big-play threat in Anderson. All that, and Christian McCaffrey in the backfield. 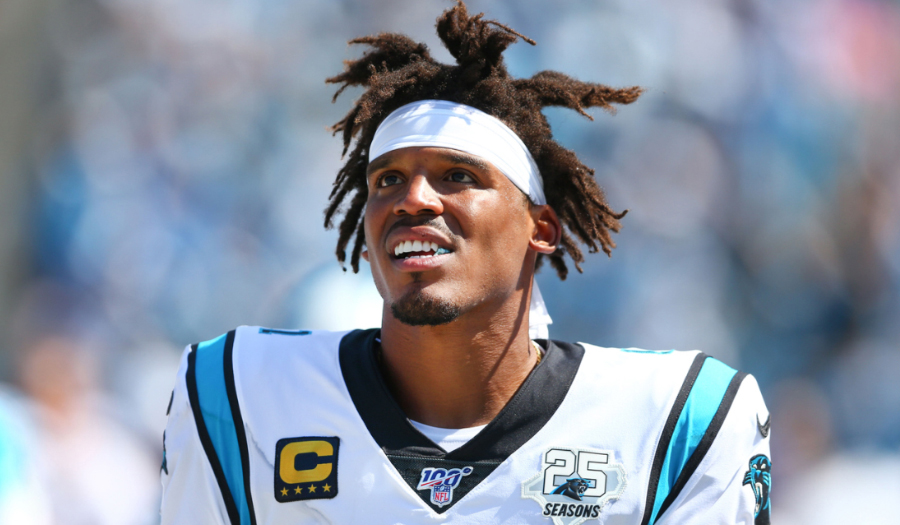 During his time in Carolina, Newton’s top receiver was tight end Greg Olsen who was let go this winter. He got a few seasons of Steve Smith towards the end of his career, but other than that he was relying on guys like Kelvin Benjamin, Ted Ginn Jr., Brandon LaFell, and Devin Funchess for much of his tenure.

It seems as though the Panthers are in more of a reloading mode vs. rebuilding. At least offensively with new head coach Matt Rhule. They went out and got rising star, offensive coordinator Joe Brady, to run the offense, signed Bridgewater, got rid of both of last year’s quarterbacks (by releasing Newton and trading Kyle Allen to Washington) and added a big-play receiver (Anderson) to help stretch the field.

?What’s Next For Cam?

The quarterback merry go round is just about complete. Tom Brady ended up in Tampa Bay. Phillip Rivers is now with the Colts in Indy. And there were some lesser impactful moves, enough so that there are only a few openings left available for Cam Newton.

Newton’s talent has always been a given, but the past few years have been concerning enough that I doubt teams will be lining up to bring him in. He played two games last season after suffering a Linsfranc injury in the preseason, and a partially torn rotator cuff suffered in 2016 that cut his 2018 season short. The 2017 season was the last time Newton looked like Newton.

As always, Newton has a high ceiling, but so is his risk of injury, making him quite the boom-or-bust signing for any potential employer. Keeping that in mind, here are a few possible landing spots for Newton.

I would not rule out the New England Patriots. With the departure of Tom Brady, the Pats are left with Brian Hoyer, Jarrett Stidham, and Cody Kessler. If Newton is looking for a one-year “prove it” deal on the cheaper side, Bill Belichick surely would answer his phone call.

This will be a defining year for Belichick and bringing in a healthy Newton would likely keep New England in the playoffs.

The Los Angeles Chargers are a possibility now that Phillip Rivers signed with Indy. They keep on saying that Tyrod Taylor is going to take over as the starter. That could change now that Newton is available. He’s a better version of Taylor, and is enough of a big name that he could help draw fans to the new stadium the franchise plans to debut this season.

Could the Las Vegas Raiders be interested? The Raiders are clearly looking to make a splash in 2020 to celebrate their move to Vegas. They already signed Marcus Mariota to a pretty substantial deal for a backup quarterback and still have Derek Carr under contract for the next three seasons. But if Newton is willing to come aboard for cheap, and they can find a taker for Carr, it could happen.

Raiders coach Jon Gruden likely wouldn’t turn down the chance to work with a talent like Newton. He’s a big enough name to get Vegas fans even more excited for their new franchise and he’d be an upgrade over Carr.