He was, through induced labor, born prematurely, more out of desperation and delusion than necessity. Any cradled and coddled infancy one would expect to be lavished upon a newborn was such a rushed affair it was virtually non-existent. Despite his proclaimed significant importance to those involved, there was no desire or effort put forth to make this innocent feel loved or wanted. Just a constant unending push to grow, go forth and serve the purposeful, wanton needs of others.

There are no fond lingering memories of a forgotten childhood, that this child was denied. Learning to laugh, to live, to love life and embrace the pure untainted joys of preadolescence. There wasn’t any time for such childish things…according to them there was little time left at all. Roll over, HURRY, rise up, HURRY, crawl, HURRY, climb, HURRY, stand up, HURRY, walk, HURRY and now GO, RUN, RUN, RUN!!! And so he did. Not by natural design or development, but more so by popular demand.

Just moments beyond those first crucial, initial steps, he has been running non-stop ever since. He runs an impossible race, one seemingly against time itself, at their insistent persistence… running for them. Not in their stead, but in their place; not because they can’t, but because they won’t. Because in their self-centered and self-serving society it is far easier to have someone else run to your rescue, than to take the steps to save yourself. And it is far easier to lay blame on the shoulders of one, as opposed to accepting failure as a whole.

The trek ahead, as well as that from whence he came, is endless. No clear beginning, nor set destination or finish line. At least none ever relayed to him. The only guidance offered or instruction given was to run and never…under any circumstances never…look back.

And yet it is in our nature to do so. Seeing where we’ve been oft gives us a clearer perception of where we are going. And thus…on occasion, he has chanced a glance. Looking back and in doing so glimpsing what can only be his sole competition. His pursuer a man of years, appearing ragged and aged, seeming more so with the passage of each mile. However, this wizened elder is not only keeping pace but appears to be catching ground.

The runner somehow knows to be caught, or worse passed and beaten, by the other means a devastating, infinite loss to his supporters. And yet understands that in reality it’s all a manner of belief based on a symbolic gesture. Also knowing somehow that in the saner reality of days gone by, this race would be reversed, with him as the pursuant.

Destination unknown, with no end in sight, but still he feels the end is nigh. Reveling in the as of yet unobtained warm embrace of victory, he loses a step. And in doing so he feels the fingers of the other grace his back. ‘Tis but a fleeting touch, but it is one filled with pain, anguish and recent despair. The next breath produces a rigid cough and his senses take leave of him.

He slows, expecting to be overtaken. But the other simply matches his pace. It seems as if the older gentleman has no intention of winning, or knows he’s not allowed to.

Suddenly the runner’s final destination becomes crystal clear. He catches his breath, clears his head and picks up his pace. Just up ahead they’ve begun counting down the very seconds till his arrival.

10…9…8… the gathered crowd bursts into applause as he rounds the corner. 7…6…5… a frail hand grabs him. 4…3…2…1 amongst cheers of false victory he lunges forward, carrying the pull of his pursuant across the finish line. When he looks back the other runner is gone, aside from a weathered bib numbered “20” lying on the street — his own reads…21. 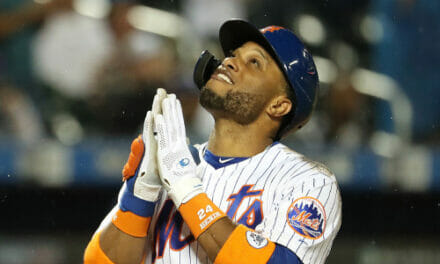