What a difference seven days can make.

The ACC race seemed fairly clear-cut with Clemson expected to run the table and leave one College Football Playoff spot open for other conferences to fill. That place was projected to go to Oregon last week with the Ducks and the Pac-12 getting their season started.

The projection has changed after Notre Dame upset the Tigers. Now, the ACC is positioned to put two teams in the field if Clemson can rebound to turn the tables against an expected Fighting Irish in the conference championship game. If that occurs, both teams would likely be in the field, joining Alabama and Ohio State, which continue to be the class of their leagues. And one has to think Clemson will be just fine once they get quarterback, Trevor Lawrence, back from COVID and play the Irish at a neutral site. 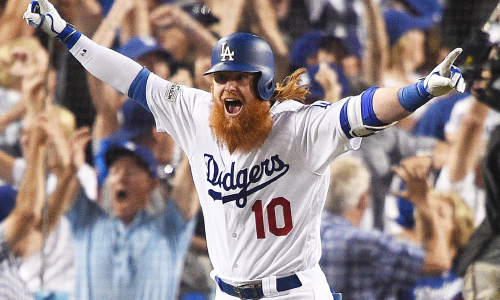 Besides Oregon, the loser from the weekend is Cincinnati. The Bearcats were in position to have a strong playoff case. It will unlikely to have much of an argument if both Clemson and Notre Dame finish with one loss. They’ll be hoping for more upsets along the way before the committee makes its final call on Dec. 20.

Much was made of Justin Turner celebrating with teammates following the Dodgers’ World Series title win last month even though it was known Turner was infected with COVID-19.

Sports talk radio went crazy. I heard calls for a suspension from a few games to an entire season. It took MLB almost two weeks to announce that there will not be a suspension of any kind. In fact, instead of punishing Turner, MLB took most of the blame for not stopping Turner returning to the field, thereby risking the health and safety of his teammates.

MLB Commissioner Rob Manfred chose to blame the Dodgers organization for allowing Turner’s digression to take place. So much for personal responsibility. Turner’s act is a classic case of selfishness. Manfred’s reaction leaves most feeling he is minimizing the virus. He called the incident a learning experience for everyone. What a cop-out. Anyone watching the post-game celebration knew what Turner did was wrong. If one is to take the commish at his word, they have to believe the man running major league baseball thought Turner’s behavior was acceptable until he heard the nation’s backlash.
Justin Turner