Agents of Chaos (2020) Veteran documentary filmmaker, Alex Gibney, serves up this take on Russia’s potential interference in the 2016 election.

The Nest (2020) Jude Law is a successful businessman man whose life is upended after he moves into an English manor.

Antebellum (2020) A celebrated novelist finds herself trapped in a universe that forces her to confront all the various timelines of her life in this thriller.

Alone (2020) A woman dealing with the loss of her husband finds herself on the run in the wilderness from a psychotic killer in this suspense film from director John Hyams.

I am a Dancer (1972) Explores the world of famed dancer Rudolph Nureyev who is captured at the height of his powers. Extras include 16 page booklet and interviews. 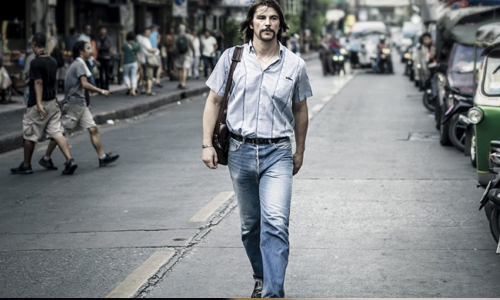 Josh Hartnett in Most Wanted

Most Wanted (2020) Josh Hartnett is a reporter attempting to expose dirty cops responsible for a questionable heroin bust in this film based on a true story.

That’s Entertainment Collection (1974-94) All three of the celebrated musical documentaries are finally together in one collection and containing various extras.

Shivers (1975) A virus turns the tenants of an apartment building into sex crazed monsters in one of director David Cronenberg’s earliest and most effective films. Extras include new commentary, still gallery, trailer and on camera talent interviews.

Lord Love a Duck (1965) An ambitious high schooler sets out to win the charms of the class beauty in this satire on the Southern California culture of the mid 60s. Co written and directed by George Axelrod and starring Roddy McDowall and Tuesday Weld.

The Wind Rises (2013) Beloved Japanese animation master, Hayao Miyazaki, delivers this critically acclaimed tale of an aviation obsessed soul and his quest to become a pilot. Extras include a booklet, featurettes and documentary.

The Vincent Price Collection (1960-71) This collection of films starring the celebrated horror film actor includes, Fall of the House of Usher, The Pit and the Pendulum, The Haunted Palace, Masque of the Red Death, Witchfinder General and The Abominable Dr. Phibes. Numerous extras are included as well.