Jay Sebring: Cutting to the Truth (2020) is an illuminating documentary on the brief life and times of the ‘Hairstylist to the Stars’ who met an untimely death at the hands of the Charles Manson gang in August 1969 along with former girlfriend, Sharon Tate.

Stuntwomen: The Untold Hollywood Story (2020) The on and off screen obstacles professional stuntwomen must face are chronicled in this documentary from director April Wright. The film features interviews with many familiar faces who share their stories.

The Broken Hearts Gallery (2020) An artist makes a stir when she creates a project based on her failed relationships. Natalie Krinsky directs.

Stephen King: 5 Movie Collection (1983-2019) Paramount has culled together five movies from the master of horror in one Blu Ray collection. Films included in are both the 1989 and 2019 versions of Pet Sematary, the 1994 TV miniseries of The Stand, The Dead Zone and Silver Bullet. 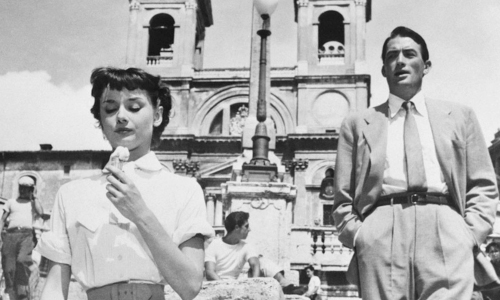 Roman Holiday (1953) The beloved Audrey Hepburn romantic comedy debuts as part of the Paramount Presents line of titles with a terrific new restoration, collectible packaging and a few featurettes.

Ivans XTC (2000) Bernard Rose adapted this update of the classic Tolstoy story, The Death of Ivan Ilyich. In this satirical version, Danny Huston stars as a Hollywood exec who refuses to accept his mortality. Extras include director Q and A, trailer and collector’s book.

Jesus Shows You the Way to the Highway (2019) A CIA agent contends with cyber warfare and the dark side of virtual reality in director Miguel Llanso’s dark satire. Extras include audio commentary, trailer, image gallery and the director’s first film.

Flying Leathernecks (1951) John Wayne and Robert Ryan are veteran military men butting heads during the Battle of Guadalcanal in this actioner from director Nicholas Ray. No Extras.