American Street Kid (2020) Eight teens, living on the streets since the ages of 15-16, are profiled in this documentary from director Michael Leoni.

Words on Bathroom Walls (2020) A high school senior, diagnosed with mental illness, attempts to keep it a secret from the girl he loves in this drama from Thor Freudenthal. Charlie Plummer and Andy Garcia star.

Love Fraud (2020) A con man is on the loose and multiple women are out for justice in this four part docuseries from Showtime.

Emperor (2020) The true story of “Emperor” Green, an outlaw slave who participated in the famed raid on Harper’s Ferry in the pre Civil War South. No Extras.

Biography: Kenny Rogers (2018) This documentary portrait of the life and times of the late musical entertainer features recent interviews with Lionel Richie, Dolly Parton, Reba McEntire, and Chris Stapleton, to name but a few.

Gunsmoke 3 Movie Collection (1987-92) Includes the three post-series television films that served as a wrap up to the series. Films included are Return to Dodge, The Last Apache and To The Last Man.

The Trip To Greece (2020) is the fourth and final installment in the series as Steve Coogan and Rob Brydon reprise their roles as feuding food critics on a trip to the locale of the film’s title. No Extras.

Pat and Mike (1952) stars Spencer Tracy and Katharine Hepburn as, respectively, a sports agent and a woman with a talent for golf that prove to be an unlikely but winning pairing. Actress Ruth Gordon and husband Garson Kanin scripted this one. 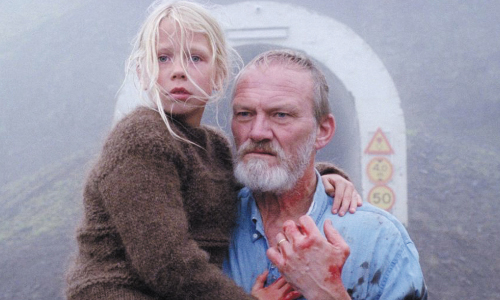 A White White Day (2020) A grieving former Police Chief becomes obsessed with finding out the truth about his recently deceased wife’s secret affair with a local man in the this Swedish thriller.

Einstein’s Universe (1979) Actor Peter Ustinov narrates this BBC documentary that sheds light on many of the theories to spring forth from the great mind of Albert Einstein in this fully remastered two disc set.

Tales From the Darkside: The Movie (1990) The beloved horror anthology series from the 1980s got the big screen treatment with this feature film that includes four tales of terror. Extras include new interviews, audio commentary, trailer and TV Spots.

Universal Horror Collection: Volume 6 (1952-61) The latest Universal Horror collection from Scream Factory is now available and features the following films; The Black Castle, Cult of the Cobra, The Thing that Couldn’t Die and The Shadow of the Cat. Extras include audio commentaries, still galleries and trailers.