Hickory – In the story of Elf the Musical, on stage December 1st through 17th at the Hickory Community Theatre, one of the crucial characters is Jovie, a department store elf that becomes Buddy the Elf’s love interest. At first Jovie is cynical with regard to Buddy’s overwhelming Christmas spirit, but eventually comes to share his enthusiasm and goes out on a limb to help him save Christmas.

In the Hickory Community Theatre production the role of Jovie is being played by Kat Reese, a Taylorsville native who is new to the stage though no stranger to performing. Reese is an accomplished musician and songwriter with the Hickory Music Factory (HMF.) She plays three instruments – drums, guitar and piano – and sings as well. One of her original songs, “Ýou Set My Heart on Fire,” is featured on HMF’s recently released CD “The Best of HMF.”

Reese is a student at Catawba Valley Community College, majoring in music, and is also secretary of the NAFME (National Association for Music Education) club there. 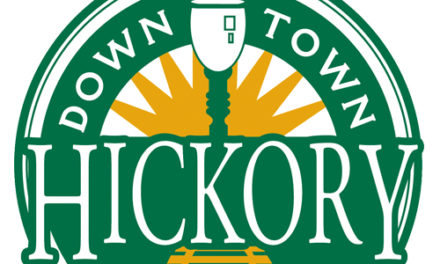 HMA Hosts Free To Dance On Common Ground On Friday, July 29, At 7pm