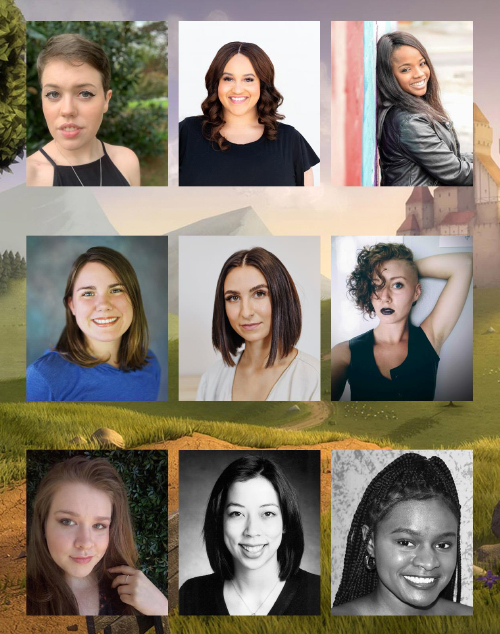 Hickory – The Hickory Community Theatre has just announced the cast of its first live streaming production, the musical comedy Disenchanted – book, music and lyrics by Dennis T. Giacino. Performances are October 16-24 and tickets are $12.

The cast of this production has Lucy Weaver as Snow White, Krystin Ezzell as Sleeping Beauty, Shelby Mays as Cinderella, Iris Dewitt as Belle, Orlana Van Zandt as Hua Mulan, Lauren DeLeary as Pocahontas, Alana Paterson as The Princess Who Kissed a Frog, Stephanie LeMasters as The Little Mermaid and Ajah Harold as The Announcer.

Snow White and her posse of disenchanted princesses are totally over poisoned apples, glass slippers and other enchanted trappings in the hilarious hit musical that’s anything but Grimm. The original storybook heroines are none-too-happy with how they’ve been portrayed in today’s pop culture so they’ve tossed their tiaras and have come to life to set the record straight. Forget the princesses you think you know – these royal renegades are here to comically belt out the truth.

In this “Safe at Home” version of the show the merry band of royal renegades ‘Zoom’ in from magical kingdoms around the globe to bring their hilarious princess vaudeville to your living room!”

Disenchanted is the first production in the Theatre’s 2020-2021 Season. Paramount Automotive and Sunbelt Xpress are the season sponsors. This production is produced by Alex Lee, Inc. Hickory Community Theatre is a funded affiliate of the United Arts Council of Catawba County.

County Dems To Honor Veterans At Tue., May 28, Pizza Party