Hickory – Guest Director Shawna Wilson has just announced the new cast for Exit Laughing by Paul Elliott. This comedy was postponed due to covid-19 and three of the original cast members were not available to return. The comedy is now scheduled to open on Friday, January 8, 2021 in the Jeffers Theatre.

For the last 30 years, Connie, Leona, and Mille, three southern ladies from Birmingham, AL, have had weekly bridge night out with the girls, including their friend Mary. When Mary suddenly dies, the gals “borrow” the ashes from the funeral home for one last card game. It turns into the ladies’ wildest, most exciting night of their lives, complete with a police raid, a stripper and a whole new way of looking at all the fun you can have when you’re truly living.

Exit Laughing is a winner of the AACT NewPlayFest in 2013. Its debut performance in 2013 broke all records for a comedy in Springfield Little Theatre’s 50-year history.

Also in the cast are Jennifer Canterbury as Rachel, Connie’s daughter, and Coleson Berlin as Bobby, Rachel’s boyfriend.

Tickets for Friday, Saturday and Sunday are $18 for adults, $16 for seniors and $10 for youth 18 & under. Thursday night tickets are $14 for all adults and $10, for students. Call the box office at 828-328-2283 or visit hickorytheatre.org to purchase tickets or get more information.

The Hickory Community Theatre is a funded affiliate of the United Arts Council of Catawba County. Exit Laughing is produced by Dr. George Clay, III, DDS. A Cleaner World, Paramount Automotive, the City of Hickory, and Sunbelt Xpress are the sponsors of the 2019-2020 Season. 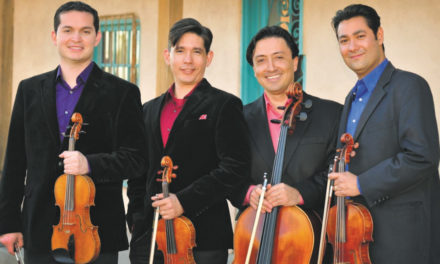 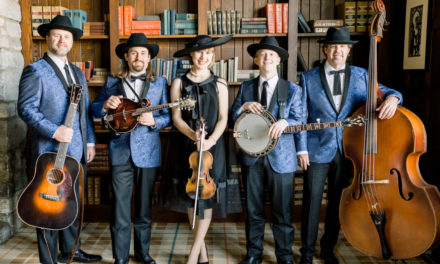