Exclaiming that “It’s HOT” would not only be stating the obvious, but at this point, probably somewhat redundant. Because if you haven’t heard it an up-teen dozen times, you’ve most likely been saying it yourself. Hopefully not to yourself, that’s not only redundant but borderline psychotic. Seriously—I need to remind me that it’s hot? If you’re so unaware of the temperature that you have to inform yourself of it, you’re either mentally disconnected or in the early stages of a heat stroke. A nice cool drink of water will help in either case. “DO THEM HYDROS!!!” What? No damn it, not yet! Sorry folks, John Q. (my stuffed bear sidekick) was promised a public service announcement during this column and he jumped the gun a little. Anywho…

Of course it is hot. It’s summertime. It’s supposed to be hot! So we’re not going to waste time…well, any more time, proclaiming the apparent. What we will address is when it transcends from being “just hot” to being deadly. In the American Southwest the toll of heat related deaths due to dehydration is on the rise, claiming 5 lives already. Most of these were hikers who simply ran out of water. It is not worth your life to pursue any type of recreational or work related activity. So monitor the temp, stay indoors and stay hydrated. Remember…”NO HORSIES IN THE POOL!!!” No John, not yet and don’t you mean “horseplay by the pool”? This actually brings up a good point.

Just because you’re spending your days hanging out by the pool, surrounded by water, doesn’t mean you’re staying hydrated. Your body has to orally take in liquids to hydrate, being submersed in them is not the same. Believe it or not the human body actually sweats in water just the same as it would on dry land. So you could actually die of dehydration in the shallow end of a swimming pool. Also, horses in pools… it’s gross and we’re not going to discuss what will happen.

“ONLY YOU CAN PREVENT FOREST FIRES—BUCKLE YOUR SAFETY BELT!!!” WTF? John, not only is that rude, it’s irrelevant but true. If you are a smoker and drive without your seat belt, you could be in an accident. If said accident threw you and your smoke through the windshield and into a wooded area it, could potentially cause a fire. Then if you didn’t die from your injuries you could be burned alive. Or die from dehydration when things heated up.

Speaking of fire, why is it that people celebrate the 4th by having a barbecue? It’s 100 degrees outside, hey here’s a bright idea, let’s start a fire! That makes so little sense. You see, fire is hot and when it’s hot outside already, you’re only making it hotter. Why not wait till late Fall? Why don’t we barbecue Thanksgiving dinner? “LOOK OUT, DON’T BLOW UP!!!” Huh? OK, there’s no way even I can salvage that one, John… unless, of course, you’re referring to fireworks.

Tossing a firework into a barbecue grill or lighting them from said grill is foolhardy, stupid and dangerous. Sure you know what you’re doing. And those are the famous words of many a fingerless and blind person. It’s certain that many of you (myself included) remembers having wars and blasting at our friends with roman candles and bottle rockets. Ah, those were the days, it was so friggin’ cool and…no, no, no it was stupid and we’re lucky we didn’t die. Don’t give little kids fireworks, or big kids and probably some adults (myself included).  Even sparklers can cause severe burns and prompt a trip to the hospital, which is no fun way to spend a holiday.

Whether enjoying the great outdoors or hanging by the pool, be safe and smart while having your version of summer fun. There’s no need to fight or die for your independence- that’s already been taken care of. Buckle up. Stay cool but don’t swim with horses. Be safe with fire and just don’t start one. Be wary of exploding barbecued chickens. Look out for kids, whether fire or water is involved. And of course…umm John Q.…that’s your cue. John? Great, he’s run off to photo bomb this week’s photo. Oh well, everybody enjoy your independence. 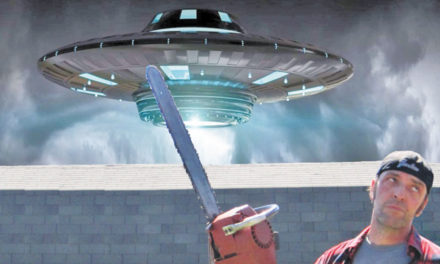 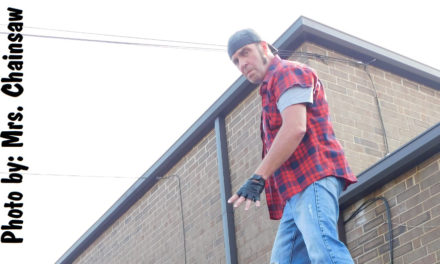