Last week I spoke of how unexpected the Carolina Panthers recovery from an 0-2 start and an ankle injury to it’s best player, runningback Christian McCaffrey.

Well, the Panthers won again, their third straight victory without McCaffrey, and now find themselves in a first place tie within the NFC South. In fact, if the playoffs started this week, Carolina would be in them. 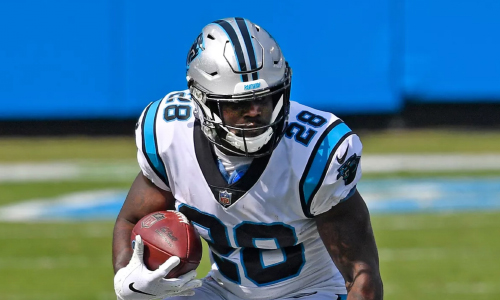 The modest winning streak continued on Sunday as the Panthers traveled south to Atlanta and emerged with a 23-16 victory.

Three newcomers to the organization have led to the resurgence. First year head coach Matt Rhule, known as an offensive-minded coach, deserves a great deal of credit for keeping this team confident in their ability to win games. The offense has not slowed down at all even with the loss of McCaffrey. Carolina has produced over 300 yards of offense in each game during this three-game winning streak, including over 400 yards of offense in their last two wins over the Falcons and the Arizona Cardinals.

Quarterback Teddy Bridgewater has brought a calming influence to the offense. He rarely turns the ball over and is a proven winner in the league. And McCaffrey’s replacement, Mike Davis, has stepped in and posted McCaffrey-type statistics.

Statistically, the Panthers moved up to No. 7 overall in total offense and currently is in the top ten in passing yards at just under 400 yards per game. Bridgewater is fifth in the NFL with 1,460 passing yards, behind only Dak Prescott, Russell Wilson, Patrick Mahomes and Matt Ryan.

I see a path to Carolina making a run at the playoffs.You look down the schedule and see at least six games where the Panthers should be favored (Bears, Falcons, Lions, Washington, Denver, and Minnesota). That gets the Panthers to nine wins. That could be all it takes now that seven teams make the playoffs in each conference.

Before the season, many thought Carolina was a potential contender for the No. 1 pick in the draft and Clemson QB Trevor Lawrence. I think it is time to think playoffs.