Home » Columnists » Have Chainsaw Will Travel » Current Coverage Of Before The Aftermath During The Hurricane, Part 2

Posted by FOCUS Newspaper | September, 20, 2018 | Have Chainsaw Will Travel

Sunday, 12:00pm EST, September 16th, 2018. As this article is being composed, our area is experiencing and in the midst of what are (hopefully) the climatic highlights of the hurricane. With fairly mild wind gusts and sporadic bursts of rain at this point it can best be described as the fading remnants of Florence. The massive storm front which held the lower East coast in a wet and windy grip of tropical terror for over a week is now rapidly dissipating. Initially the storm began as a deadly Category 5 off the coast (tropical cyclones categories are based on wind velocity). Early speculation was that it would pick up speed and velocity as it made landfall slamming NC with a full category 5 force. Luckily the fates were kind. As Flo reached land it dropped to a Category 1, then downgraded to a tropical storm and now (as this is written) a tropical depression. Authorities advise not braving the storm to try and cheer it up with puppies, flowers or “Thinking of You!” cards.

The irony that it has been a year to the day since this column covered the subject of hurricanes is not lost on the writer (which is why this column contains a “Part 2” in the title). Yes, this is the unwanted and hopefully would never happen anniversary “sequel,” to an article that ran over a year ago. So no worries you didn’t miss last week’s “hurricane related article” because there wasn’t one… unless of course you are a time traveler who likes to revisit natural disasters in sequence. 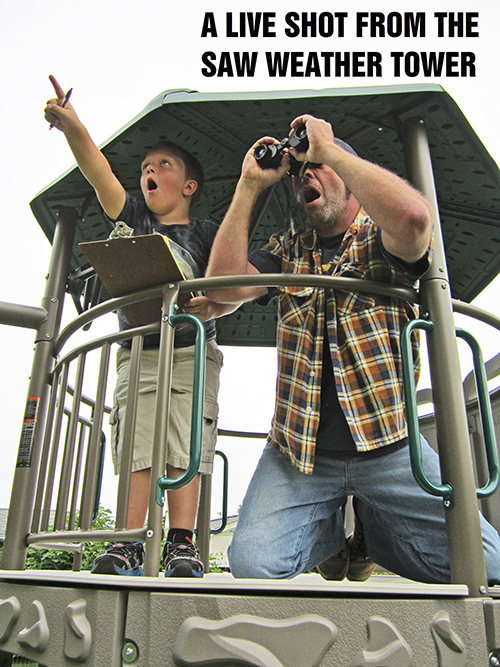 A year ago it was Hurricane Jose, a powerful and erratic tropical cyclone which was the longest-lived Atlantic hurricane since 2012. Jose was the tenth named storm, fifth hurricane, and third major hurricane of the 2017 Atlantic hurricane season. And thank you Wikipedia. That article was written prior to Jose then printed and available to readers after Jose. This one is being written during, reflecting on before and available after Florence. With any luck, as you are reading this you have obviously survived the current hurricane- so try to keep up.

In the wake of Florence there is a valuable lesson to be learned, if you’ve the time to pay attention and remember. Despite all our technology, all our advancements in meteorological science, nature is now and forever more will be completely unpredictable. You cannot lead it, you can try to follow it, but in the end it’s best just to get out of its way. Additionally through this storm we get a glimpse of the true state of the human condition. The best way to observe and get an honest view of any society is to place it in turmoil.

Anytime there is the potential for inhibiting foul weather, people seem to slowly lose their minds. Early evidence of this is in the insane need for stocking up on excessive amounts of staples. Why the need for so many staples? Do you intend to do paperwork amidst the disaster? Seriously though, how many basic necessities do you need?

Folks who never drink, and claim to not even like bottled water, suddenly feel the need to acquire 10 cases of the stuff. How long do you think this will last and how much of that will you realistically drink? Once the bottled water shelves are cleared out, people go for the next closest liquid, buying literal buggy loads of Gatorade and Hawaiian Punch. The clear and blue varieties go first…guess because they look almost like water? But once again, how much will you realistically need to survive? What you are doing is called hoarding supplies. Precious supplies that will waste away in a hall closet once the danger has past. In the meantime, people who actually need it can’t get it because you are a thoughtless, arrogant ass. Hopefully you’ll be donating the abundance of your unused hoard to hurricane relief and people who actually need it.

Empty shelves at the grocery are usually followed by dry pumps at the gas station. People pull in and fill every container they can find with petrol. Once again denying their fellow humans of enough fuel to fill their tanks…to what end? If you’ve a generator you should have ready supplies already on hand, don’t wait till disaster strikes to stock up. Even worse if it’s just for your vehicle, what good will it do you? If roads are damaged and travel impossible where will you go?

Yes, some people can prove how inhumane they are in their humanity by denying others basic essentials due to greedy panic. Which almost justifies looting…almost. One could understand looting in a total disaster zone— why not, everything will be destroyed otherwise? One could also understand looting out of necessity—stealing items to survive that couldn’t be acquired legally. But using a disaster as a reason to just steal stuff? That’s wrong! Do you want to see society collapse? Just keep taking stuff that’s not yours. Because after a while, the tak-ees will run out of stuff to take and start taking back from the takers till there is nothing left to take.

To be fair, disasters bring out the worst and best in people. Sometimes the best people do the worst things and the worst people the best. As aforementioned “nature” (especially the human kind) is unpredictable. But whether you’re the worst person you ever knew or the best you think you can be, do your best not to make things worse for everyone else… Especially during a hurricane.