Amarillo, TX (AP) – At one time, Madam Queen was large and in charge. But now, she’s up for sale.

Weighing in at nearly a million pounds, the 108-foot historic Atchison, Topeka and Santa Fe 5000 went from having rust holes the size of basketballs and gathering dust in the Burlington Northern Santa Fe Depot yard to being moved to the corner of Southeast Second Avenue and Lincoln Street by a group who loved her, whether they owned her or not, said Sam D. Teague, president and founder of the Santa Fe 5000 Railroad Artifact Preservation Society.
The engine’s legal owner since 1957, the city of Amarillo, now wants to sell her.

The Amarillo Globe-News (http://bit.ly/29TuHVu ) reports the preservation society has a big problem with that, Teague said.

The society invested more than $800,000 in goods and services to move the engine to its museum site in 2008.

Starting in 1930, Madam Queen chugged up and down the Santa Fe railroad lines between New Mexico and Kansas via the Texas Panhandle. The locomotive retired from service in 1953, and was donated to Amarillo four years later. Then she sat and wasted away until volunteers stepped in, he said.

The engine’s restoration odyssey was documented on an episode of “Mega Movers’’ on the History Channel. After the move, Teague said, his organization spent tens of thousands of dollars more painting and restoring her during 1,800 volunteer hours. Their goal is to restore the Madam to a functioning locomotive and pull passenger cars around the city.

“Can you imagine how attractive that would be for our city?’’ he said. “But the way the RFP (request for proposals) is written, there’s no way we can even submit a bid for it.’’

Sonja Gross, spokesperson for the city, said she didn’t know exactly whose idea it was to put the engine up for bid. She said parties had approached the city, so the city decided to make the locomotive available for sale.

“City management was approached by various groups that expressed interest in the locomotive, and because of that interest they, along with the city council, decided it was best to go ahead and issue an RFP to find out what the real interest was out there, in case other groups that hadn’t approached them were interested as well,’’ she said.

Gross did not say exactly when the Amarillo City Council voted to sell the engine.

“That was done earlier this year and there was one bid submitted,’’ she said. “When it was opened, the job of purchasing was then to go through the criteria set forth in the RFP, and it turns out the criteria were not met. That made that bid a non-responsive bid, so the process was opened up again.’’

Although the preservation society would like to own and operate the engine, he said they didn’t bid previously and will not bid this time either.

“The city is refusing to do what it takes for us to get it,’’ he said. “The RFP requires that whoever takes ownership of it have $3.5 million general liability insurance and workers compensation. We have no employees. We’re all volunteers. We have all the knowledge and understanding to maintain and restore it, but we will have to ignore the RFP. I doubt there’s anyone who will accept it under those terms.’’

Teague said even if the group were to gain ownership of the Madam Queen, they don’t have the funds to move or restore it right away, and the RFP does not specifically address how long the buyer would have to move it, because the city owns the land where she rests. 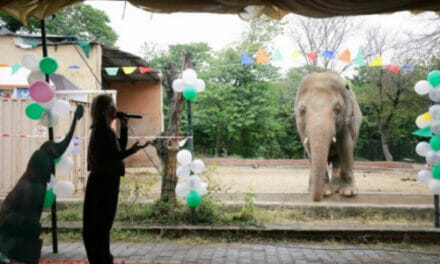