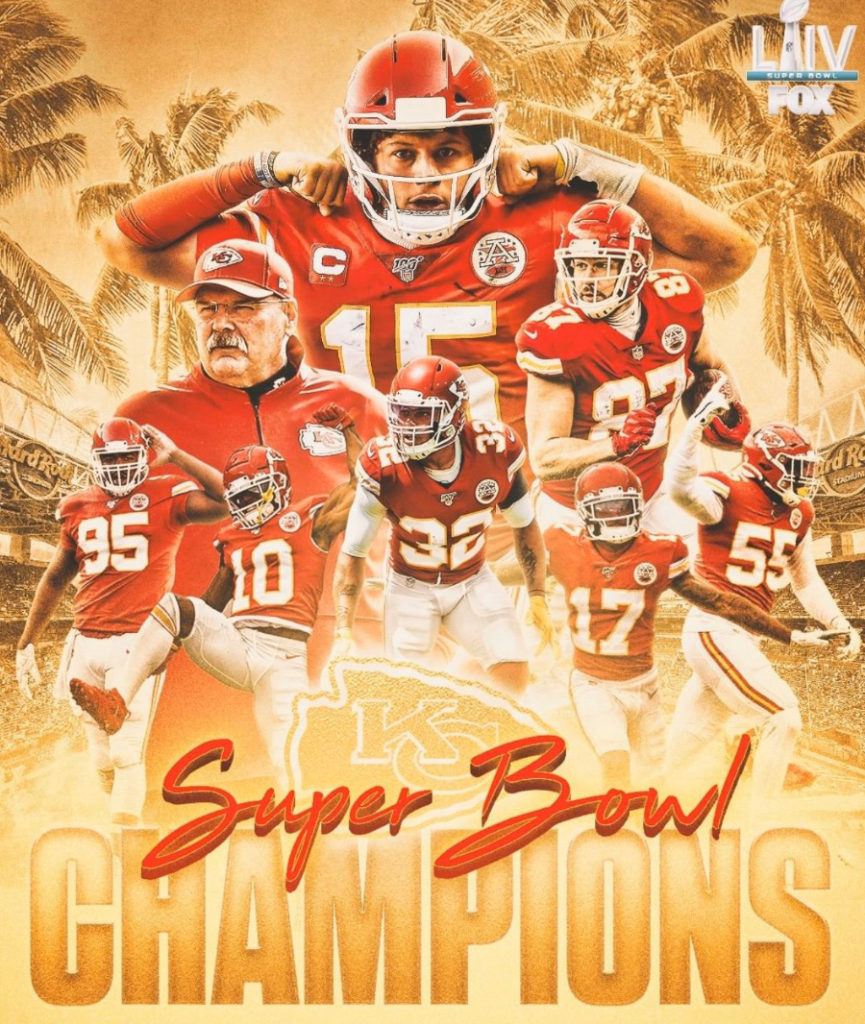 I know I picked San Francisco to win the Super Bowl. But I also gave the Kansas City Chiefs a chance because it had the best player on the field in quarterback Patrick Mahomes.

In the end, Mahomes proved me right as he and the Chiefs rallied back from a 10-point deficit in the fourth quarter to win Super Bowl 54 by a 31-20 count to end the franchise’s 50-year Super Bowl losing streak.

Primarily due to the reasons I chose the 49ers, San Francisco was the better team for three-plus quarters. Their pass rush bothered Mahomes and they moved the ball on the ground.

The reigning MVP led the offense on three-consecutive touchdown scoring drives, including the go-ahead scoring drive in which the quarterback went five-for-five passing and capped it off with a five-yard TD throw to Damien Williams.

Kansas City receiver Tyreek Hill was another reason the Chiefs came out on top. His speed showed out on the biggest play of the game. Hill had the Super Bowl’s longest play when he caught a 44-yard bomb from Mahomes midway through the fourth quarter. The explosive play, on a third-and-15 play, proved to be the spark the Chiefs needed. Kansas City capped off the drive by finding the endzone and proceeded to score touchdowns on its next two possessions.

Hill ended up with game-highs with nine catches and 105 receiving yards.

The Chiefs were able to keep pace with the 49ers rushing attack. San Francisco came into the Super Bowl with the second best rushing attack in all of football. On the other side, the Chiefs ranked in the bottom half of the league running the football, averaging 98.1 yards in the regular season. Kansas City gained 129 rushing yards. Meanwhile, the 49ers had 141 yards running the football. After rushing for just 45 yards in the AFC Championship Game, running back Damien Williams compiled 104 yards on 17 carries in Super Bowl LIV. He also had a rushing TD and receiving TD in the contest for the Chiefs.

San Francisco’s pass rush disappeared in the fourth and deciding quarter. I wondered about this prior to the game. Kansas City throws the ball so often of late that it seems to eventually wear out opposing pass rushers. It happened again on Sunday. Mahomes was sacked four times. To his credit, he bounced back in the fourth quarter and prevailed.

When it was all over, the Chiefs quarterback went 26 of 42 passing for 286 yards to go with two touchdowns and two interceptions. He became the youngest player in NFL history to be named Super Bowl MVP for his efforts.

The Super Bowl win is the Chiefs’ first title since 1970 when they won the fourth Super Bowl in the final matchup between the AFL and NFL. The full NFL merger was executed the next season.