Before beginning, let us have a quick explanation and understanding. In order to know where we’re going, it’s best to see where we came from. So when we get there we know where we are. Wow, that was amazingly deep considering our subject matter starts with a cartoon… oops sorry — “animated series” and gets more ridiculously fictitious from there.

Isn’t it mind-boggling that society’s modern definition of “cartoons” is geared toward an older demographic? Containing subject matter of a more mature content, i.e. sex, drug abuse, rampant violence; presented on an immature level and inappropriate for children, for which entertainment in the cartoon format was developed. Stranger still that adults who watch cartoons never refer to them as such. Preferring terms like ‘animated series.’ Call it what you want… it’s still cartoons!

Ah, but that’s an animated argument for another day. So let’s get back to where we came from before we go somewhere else.

Avatar: The Last Airbender is a popular carto… err animated series first appeared on Nickelodeon with a three season run from February 2005 to July 2008. The basic premise of the show’s fictional world is that humanity is divided into elemental tribes — fire, earth, water and air. Of which, some members can control or “bend” the elements to their will. The Avatar is an eternally reincarnating figure who wields control of all elements and maintains the balance between them. The latest incarnation is an air-bending, bald-headed, glowing tattooed, 100 year old 12 year old…there’s not enough room here to make that make sense. 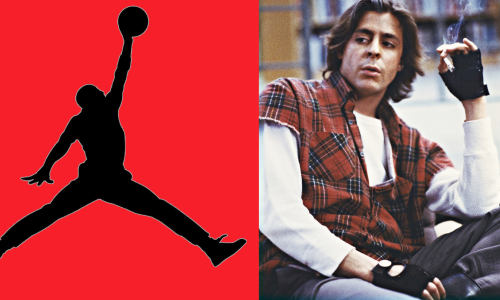 The following year (2009) the series was butchered in live action by M. Night Shyamalan in what is widely considered one of the worst films ever made. Not to be confused with Avatar, the 2010 James Cameron film widely considered one of the best films ever made, which features lanky blue, alien, tiger-monkey people as opposed to bald, tattooed preteens.

Currently Netflix is airing the original Airbender animated series with plans of leading into a live-action version of said series. This is when it was brought to this writer’s attention via the grandson’s interest. To be honest, up to this point it was more fun to think of airbending as some running joke about flatulence. “Oh do you smell that?” Sorry… I was airbending.

Of course realizing there were other types of “bending” lead to more potty humor — “Will you be much longer? Are you water bending in there… or earth bending?” If you don’t get the joke… just think about it a bit. Fire bending was referenced as the literal end result of eating spicy foodstuffs… or acid reflux.

Toiletry anecdotes aside, what would the result of elemental crossbreeding be (or would it be crossbending?)? If your mom were water and dad earth, would you be a mud dauber? Earth and air… dust bunny? Fire and water… steampunk? Water and air… vaporizer? Fire and earth… lava lamp? Air and fire… just a lot of hot air?

What about non-elemental benders? If someone causes a traffic accident would they be a fender bender? Would a bartender who’d mastered mixed drinks be a blender bender? So a loan manager at a bank could be a lender bender? Would someone who misquoted lines from the movie Breakfast Club be a Bender bender? OK, we’re really reaching with that last one, but for those of you who got it — you’re welcome.

Bending aside, controlling the elements has always fascinated us. To wield, master, and yes, bend the forces of nature to our will would be an awesome feat. But can’t we do that already? Watering our lawns or spraying our kids with a water hose? Turning a fan to focus the air on us? Throwing rocks? Using a flamethrower? We already have ways of controlling the elements, it may not be in the way we’ve imagined it, but still we’re doing it.

Perhaps there is an underlying message about the human condition to be found here. How often do we disregard something if it’s not going the way we thought it should? Getting the results we wanted, just not the way we thought we’d get them and in turn, not appreciating what we’ve gotten? This is where we need to learn master bending. Not the elements, but within ourselves.