Home » Columnists » Have Chainsaw Will Travel » Being Frank

Many fear what lies beyond death. Some embrace it with celebration. No one knows what mysteries the grave holds until they themselves occupy one. It is open to speculation, anything goes and if it is someone near and dear…we hope for the best!

Samuel lived a long and happy life. Sure there’d been ups and downs, but isn’t that what life’s all about? He’d said his good-byes, made peace with his maker and felt contentment as the inevitable neared. Lying quietly, surrounded by family and friends; prepared to draw his last breath. His eyes flickered, for a moment in his final moment he was certain he saw a tall, pale, hooded figure gently moving through those gathered. His final breath was a gasp of recognition as his eyes closed for the last time.

“You can open your eyes now…it’s over.” As Samuel opens his eyes a rather roguishly handsome young man comes into focus. He looks like a silent-era movie star dressed in a ruffled black suit and fedora. “Oh… sorry,” Samuel says, “for a moment I thought you were the Angel of De…” “I am,” interrupts the young man, “to the living I look like death, to the dead I look very much alive, but let us dismiss with the formalities; you may call me Frank.” Frank gestures towards the door — “Now… are you ready to go?” “Go…?” Samuel replies confused, “go where?” Franks smiles, “Why wherever you’d like.” And that is exactly where they go.

As they travel Samuel notes not only is his arthritis not acting up, it’s gone. So are his cataracts and bum knee. As a matter of fact he’s never felt better in his life…or death. This thought brings a moment of despair ­— what about his funeral? “Do you want to go?” Frank asks. “I think I should be there,” Samuel replies, “I’d hate to be late for my own.” “No worries,” Frank says with a smile, “time is different.” And then they are there. 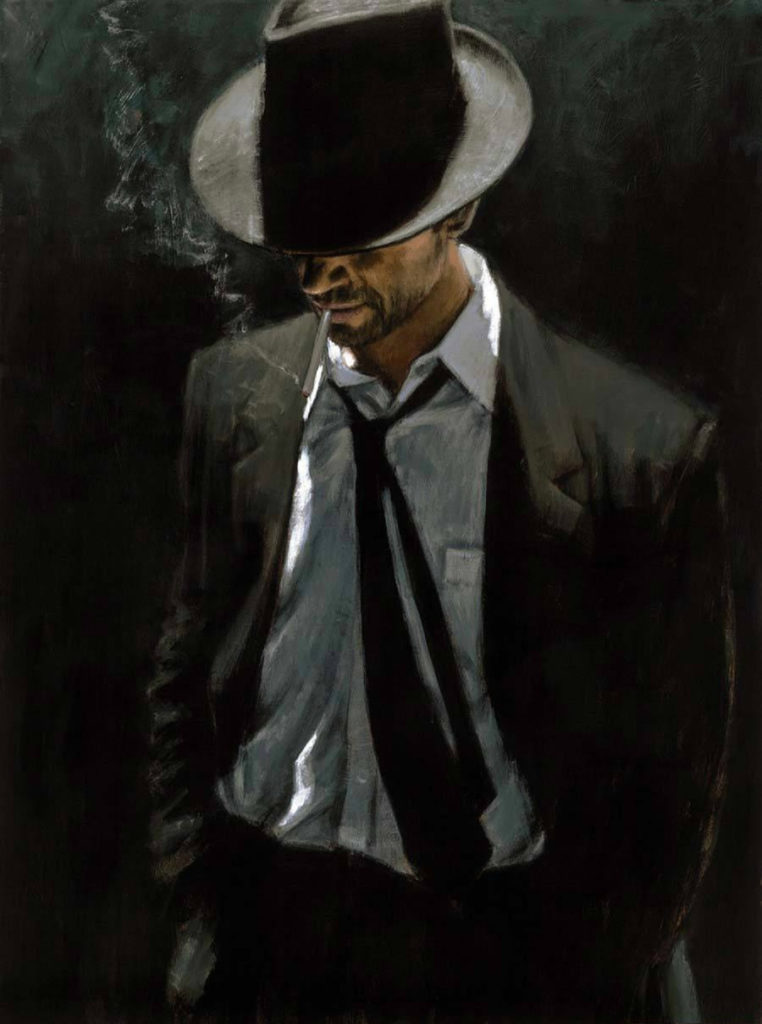 Seeing those mourning for his sake touches and breaks his heart. His unseen presence brings comfort to the assembled, bringing him peace along with a sense of melancholy. “Can we go now?” he asks, “…I’ve seen enough.” Frank nods in solemn response. As they walk away, Samuel waves and is surprised to see the youngest of his grandchildren wave back. Frank comments, “Seeing with eyes unclouded.” “Will I ever see them again…get to visit?” Samuel asks. “I am certain that when you’re ready, you will find your way.” Frank says with a reassuring smile.

They walk infinitely into eternity until reaching a vast multi-colored bridge. Frank places fingers to lips and lets out a shrill whistle. Across the bridge races a white and tan Collie dog that leaps excitedly into Samuels open arms. “Biscuits? Oh my god girl, I haven’t seen you since I was a boy.” Tears of happiness roll down Samuels cheeks. Biscuits heels at Samuel’s side as they journey toward a blinding light which consumes and encompasses everything.

As the light dissipates there is… a simple… wooden… door. Samuel looks confused- “No pearly gates, no vast majestic kingdom?” “No,” Frank replies, “but rumor holds that it was designed by a famous Jewish carpenter.” “What’s on the other side?” Samuel inquires. “I can’t say, because there are no words to describe it,” is Frank’s reply.

Samuel tentatively reaches forward then pauses. “Will I ever see you again?” Frank smiles. “Considering my line of work I certainly hope not… oh and (with a wink) I wouldn’t recommend me to your friends.” Samuel laughs and extends a hand which turns into a warm embrace. “C’mon Biscuits, time to go!” He opens and steps through the door with no fear or apprehension. There is audibly joyous reunion as the door closes.

Frank lingers a moment, pulling a cigarette from his inside jacket pocket, he lights up. With a puff of smoke and a smile he begins the long walk back.

Dedicated to a friend; in their time of loss.