After nearly twenty entries in only a decade, the first wave of the Marvel film franchise comes to a somewhat satisfactory close with the highly anticipated Avengers: Infinity War.

On second thought, maybe I should amend that statement by saying that at least the first half of this two part film delivers the goods to a certain degree since we won’t really know for certain how things shake out until the conclusion arrives next year. At any rate, Infinity Wars should satiate the rabid fanboys and keep the less enthused reasonably satisfied. Although it’s on a par with the recent Black Panther it’s engaging enough in that safe, sanitized and carefully controlled sort of way that we’ve come to expect from the powers that be at Marvel Studios.

Avengers: Infinity War is a big deal in many ways but mostly due its assemblage of just about every major character that’s been given screen time in a Marvel movie of the last decade. Here they all come together to do battle against the evil Thanos (Josh Brolin, layered in prosthetics) who’s hell bent on gathering the six stones that will allow him to rule the universe. And since it’s the worst kept secret trending these days I won’t be giving anything away by saying that good doesn’t necessarily triumph over evil. I’ll start out with the good stuff before I go any further. The usual insertion of cornball humor that’s usually rehashed ad infinitum in these films has been kept to a minimum this time around. That’s refreshing to be sure. The film does take a bit of a dark turn at various times throughout and credit also must be given to the creative powers at work for having the temerity to do so in an interesting way.

They’ve also managed to give audiences one of the most interesting villains in the franchise’s history in that we actual feel sympathy for him from time to time. That too was something I wouldn’t have expected from this franchise and it’s well overdue. A good job is also done balancing all of the major characters that we’ve come to know over these last ten years of Marvel movie going even if the scenes on earth and the scenes in outer space never seem to come together as well as one might hope or expect. On the negative side, Avengers: Infinity War is, like practically all movies emanating from Marvel Studios, larded up with redundant CGI enhanced battle scenes that cause the movie to feel a bit bloated. The musical score is annoying to the point of distraction and sounding like a cheap temp track.

And, lastly, the emotional investment one makes in the film is likely to be undercut by posters in the lobby of the theater advertising the further adventures of characters we’ve just seen take a major hit. As a result, one is advised to simply enjoy what’s going on at any given moment and not put too much stock into the film’s story arc, having the knowledge that it will probably all be undone the next go round.  That’s exactly what I did.

This movie is playing all over our area. 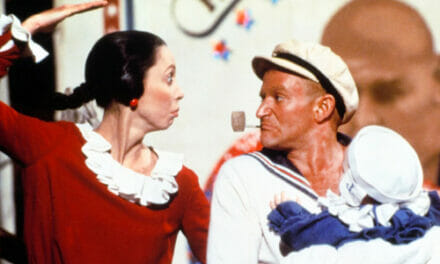