For those of you scratching your heads over this week’s title — fear not, it will make sense…(some…eventually…maybe) and let us explain. You can rest assured this column will not be a full page ad for the coverage area spanned by AT&T Communication’s satellite company. For that matter Have Chainsaw Will Travel would never, in a million, billion, mill-billion years lower itself to product placement for monetary gain. Nor subject its readers to glorified advertising campaigns or mindless endorsements. However…

If you are reading any newspaper over coffee and your morning cigarette you should be reading FOCUS — locally owned and grown and full of good nutrition for your eyeballs. Yes, read what’s going on in your area while enjoying a nice refreshing cup of Folger House coffee- (cue jingle music) “The best part of waking up is… waking up in your own house.” And if you’re smoking… well let’s hope you’re savoring the smooth rich flavor of you shouldn’t be! We now return you to your regular column already in progress at this time.…thus proving beyond the shadow of a doubt that Jack the Ripper and the Loch Ness Monster were one in the same! Seriously, have you ever see them together… in the same room?

Have you noticed nobody really tells jokes in person anymore? Telling a joke used to require good vocalization, proper pacing, accompanying gestures and comedic timing to deliver the punchline. The modern equivalent is a lackluster offer of, “Hey look at this!” and then they show you a picture they didn’t take, with a clever caption they didn’t type on their phone. 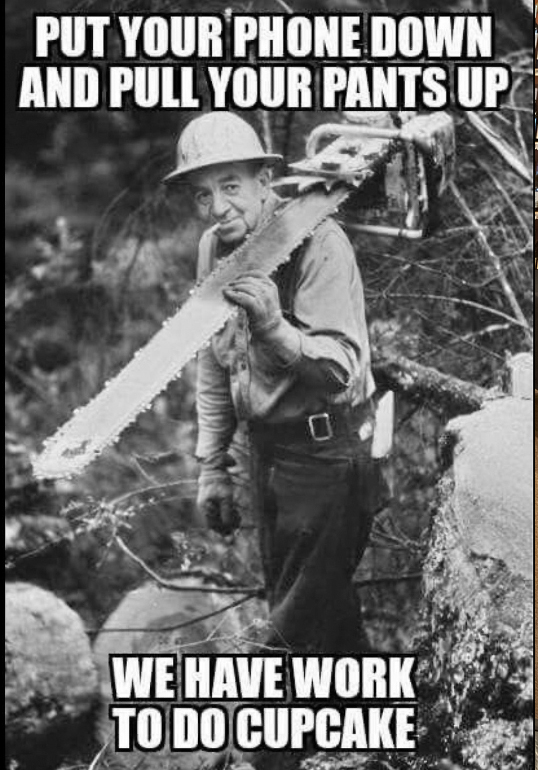 know for a society that prides itself in all its accomplishments and advancements in communication and connecting to others, people don’t really talk much anymore. Perhaps it’s because they’ve nothing to say… or lack the attention span to listen. More than likely the latter but they also lack the attention span to say anything interesting in the first place… “Hey look at this!”

So now this week’s title starts to come into focus — for those lacking enough of an attention span to even read the words attention span. For regular spanned readers — apologies in advance, as we try to draw in new readers by playing to their lack of span. So pay attention, the span levels are about to drop critically low ­— watch me for the changes and try to keep up.

Regulars will note that last line is recycled quite a bit here. It’s from the scene in Back to the Future where Marty McFly (Michael J. Fox)… What does the Fox say? “Watch me for the changes and try to keep up.” is about to lead a 50’s era band in a revised version of Chuck Berry’s Johnny B. Goode. An oldie but one I slay at Karaoke bars…which are all closed. Everybody’d sound the same through the masks anyway. Didn’t you think getting to wear a mask everyday would be much cooler than it is…like Batman. Guess we’re all questioning our life’s ambitions now. So in the bat cave we call life are you a bat, a butler or a boy wonder? Batgirl did not live in the bat cave…she had an apartment. Do they call them apartment complexes because they’re complicated? They actually seem pretty simple.

Simple minds have longer attention spans but no idea what you’re saying. Well they say ignorance is bliss…so knowledge is misery and misery loves company. And two’s company, three’s a crowd, fours’s too many and fives’s not allowed! Unless it’s an early 80’s sitcom, then Three’s Company too!

The 80’s were awesome…everybody keeps copying them i.e., going to the gym # He-man. Do people still use hash tags? Corned beef # ? Did I tag that hash correctly? Are we spanning your attention yet? Increase span to ludicrous speed # Spaceballs! Hashtags are fun # you can tag any hash! #

Thundercats Ho! Killers in horror movies never use hoes. Guess “Night of the Hoe Killer or Killer Hoes” would be a confusing title…for those with dirty minds!

They say those with true dirty minds are subject to ignorance… so they’re happy? Happiness is subjective. So are you paying enough attention to realize when you are? Or just spanning each day, staying one breath away from misery, looking for company, you’ll never speak to?