It would be remiss (not to mention a total a-hole thing to do) not to acknowledge and express gratitude towards positive praise. That said, we’ll take a moment here to extend a sincere thanks to the outpouring of appreciation which came via email as well as in person. Said outpouring was for an article that ran a few weeks back about the pains and pleasures of raising my grandchild (aka, Tot) entitled, “Who Paints the Hammers?”.

Many said they enjoyed the innocence and humor. Not to mention a realistic sideways look towards the younger generation’s parenting skills (or lack thereof). Some said they could relate. It made them feel good to know they were not alone and that someone took the time to openly address the issue. A few asked the question that has been asked on several occasions on several different HCSAWWT column topics- “Why can’t you write articles about the subject and adventures in raising a child every week?”

The answer to that question comes down to basic statistics, and the answer is because it’s 100,000 to 1. That’s the average guesstimated* number of FOCUS readers per week versus…me. This means a weekly attempt to accommodate the likes and interests of anyone who might read it, which is why this column covers such a wide variety of topics. It is also why when someone compliments or comments on a particular article I have to inquire, “Which one?” because I have trouble keeping up with me. Yes, we do cover a plethora of subjects here, but there are a few things, regardless of our readership’s wanton desires, we will never directly address in full column form, with good or at least reasonable reasons.

Politics: Let’s be honest, there are hundreds if not thousands of politically based writers out there. From intensely detailed essays on platform views, to political cartoons with obscure references to the artists’ opinions of their current political standing. So do we really need yet another popping off in a weekly entertainment paper?

Racism: There is no safe way to approach this topic. Regardless of whether you approach it honestly or for the sake of humor, someone will find some way to be offended. Then it’s protesting and rioting and I don’t want to be hanged or fire bombed.

Homosexuality and transgender issues: Please do not take offense to these two being lumped together. No malice is intended, it’s just that these two topics have similar issues. Which we will not discuss because I don’t want to be hanged or fire bombed

Play-Doh: I friggin hate Play-Doh. It’s like working with clay but ends up stuck in the carpet. Though it may be referenced in future articles on how it’s akin to making a poop.

Organized Religion: Because people are so strong in their faith that if you question it they get really, really upset. This is because their way is the right way and every other way is wrong and showing them another way makes them upset that there may be more ways than one.

God: Call it atheism, call it being agnostic, but if there is a god I’m not that happy with them. Sigh, just waiting on a less obscure and less mysterious sign here. Do not email me on this…unless you are god.

Abortion: There is a time and place for everything. This is and never will be either the time or place for this topic.

My daughter: We had what appears to be a permanent falling out. She has chosen her path and I’ve chosen that I just can’t care anymore. So there’s nothing to write.

My successful albeit short lived acting/modeling career: Nobody wants to read an entire article based on someone else’s success.

Ninjas: They think they’re so cool with their matching pajamas and ninja stuff. They get enough publicity without me acknowledging how cool it would be to be a ninja. But really it’s too hard to be a ninja, so that irritates me.

Women’s Rights: I’m married. My supervisor at work is female. The owner of this paper and my editor are also females. I am surrounded and find it best just to say as far as women’s rights go, women are right…and I don’t want to be hanged or fire bombed. 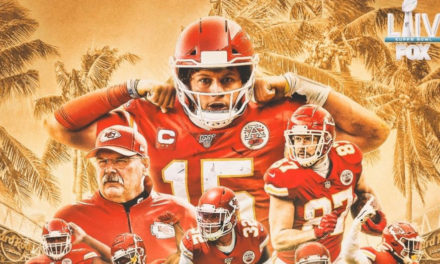